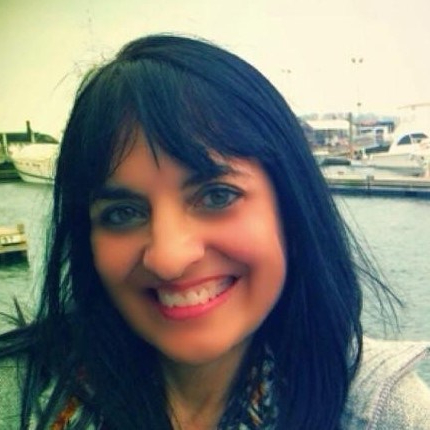 Happy 4-year anniversary to “Un-Block The Music”!  I have certainly traveled “The Long and Winding Road” to get to where I am right now! Yes…I am still a Paul McCartney fan. Yes, Joan Jett is still my alter ego. HOWEVER, I not only hike the streets of Greenwich Village as I once claimed, I also excitedly scurry through the streets of Broadway and Times Square attending as many shows as I can. I have ALWAYS enjoyed theater, but in doing my interviewing and listening over the last few years, I found a heck of a lot of innovation going on there. A lot of that innovation has to do with people I interviewed when I wrote for publications such as Billboard, Pro Sound News and In Tune Monthly. There is a lot of crossover in music genres today. Thank you, Sara Bareilles and Lin-Manuel Miranda!

As I started digging deeper into composing, sound design and musical directing for theater, I found it all to be fascinating and the artists there to be very accessible and willing to talk to me and teach me about what it takes to get a show to the stage. Just as CO-VID 19 was about to wreak havoc on our lives, I attended a Women On Broadway event presented by Disney at the Amsterdam Theater. I sat in the audience and listened to amazing women speak about their experiences in theater and I found out that 93 percent of Broadway was still controlled by men. Don’t get me wrong…I love men…(I have interviewed extraordinary talents such as Tom Kitt, Nevin Steinberg, Nicholas Skilbeck and Lindsay Jones). I want to continue to talk with them of course, but I think women need to be represented, don’t you? We are…after all…51 percent of the population and buy 70 percent of the tickets. Ultimately, I decided to create a column dedicated to Women in Theater. Not only has that column been a rousing success, but…I signed a deal with McFarland Publishing to make it into a book!!!! My goal is to honor women who have overcome the odds in a man’s world, and to put fire under younger women; don’t let anyone tell you “no!”

My blog format is changing a bit with the “Women Wonders” column offering just a snippet of what will come in my book. It’s all to get some excitement going. I hope blog readers will offer suggestions as to who I might interview whether…they don’t have to be female! All I know is that we need live performance to return in full force! I will do what I can to support that. I hope you will too.

Who The Heck is Debbie Galante Block

If this is the first time you are discovering me, let me introduce myself. Remember when the teacher asked you to write an essay and every one groaned? I didn’t! I officially said that I wanted to be a writer in 4th grade. I didn’t know what that meant until I went to college and realized journalism was my passion. Barbara Walters is my hero although music journalism is my specific passion, It took some years and some writing for technical publications until I met Randy Savicky, then editor of Pro Sound News! Working fulltime during the day writing about chemicals and recycling, I was also writing articles about music at night for Pro Sound News.

That is how I found my way into music journalism; writing about pro audio equipment. Pro Sound News led me to Billboard where I became “quote queen.” I worked on many special issues for producers and artists interviewing everyone from Lionel Ritchie to Steven Tyler to Celine Dion…still my top favorites. I spoke with many producers. The first was Phil Ramone. How lucky was that?  He worked with everyone from Billy Joel to Paul Simon to Barbra Streisand and Frank Sinatra.

After Phil, I met Frank Filipetti (Foreigner) Elliot Scheiner (Steely Dan), Al Schmitt (Paul McCartney) and Nile Rodgers (Chic, Daft Punk) to name a few. I was very fortunate. Many of these fabulous producers are working on Broadway projects. My worlds are colliding!

In terms of other publications, I have written for…well, the list goes on and on.  Some of the publications are: Mediapack, Emedia, Tape Disc Business, DVD Report, Digital2Disc, Musician, and InTune Monthly, all of which have given me access to songwriters and artists both pop/rock and Broadway. And, In Tune’s focus is young musicians giving me a different perspective on music, instruments, gear and how you can bring that all together on a stage…at a concert or in a Broadway musical.

On a personal note, I am married to a former NYC physical education teacher who likes to hike the Adirondacks while I run around searching for music to write about. I have two daughters. My oldest, Erica, is an event planner, recently starting her own company, C&E Event Productions. My youngest daughter, Holly is a writer/performer. I have written about her and her show, Safe & Sound the Musical. (Stay tuned for more on that.) Right now, we all live in New York with my Dad Mike, a dog named Rico (named for the song “Copa Cabana” and a cat named Chekhoviia (after Anton Chekhov!)

So, there you have it!  I hope you will email me with thoughts and comments. Blogging offers so much opportunity for communication! Looking forward to hearing from you: dgalanteblock@gmail.com.