Music has always been what defines a generation. However, sometimes it is also what brings people together. When there is a moment in time that brings Lady Gaga together with Tony Bennett, all is right with the world! However, with so much technology at everyone’s fingertips these days, it almost seems as though kids can make music and never come out of the house! Do they even need school? Strolling around the Audio Engineering Show in New York this past Fall, many producers like METAlliance founders (see below) and GRAMMY winners, Elliott Scheiner, Al Schmitt and Ed Cherney all had the same thing to say, “attending Berklee College of Music can give you an edge.” How has Berklee remained one of the top music production and engineering schools all of these years? Rob Jaczko, Berklee’s chair of music production and engineering in Boston, took some time out to speak with me, and he offered some insight.Back in 1945 when the college was established, contemporary music was jazz, and that music, according to Jaczko was “the bedrock of instruction.

Jazz is the most harmonically and me

melodically complex and challenging genre, and it makes a great form of study. However, we have not been pigeon- holed into one style.” Jaczko says Berklee is now spending more time embracing hip hop, R&B and commercial music. The school has a commercial record production minor, which is all about making the top 40 hits that have a specific construction as well as certain methods technically and artistically that are used.

In terms of hip hop, “Kurtis Blow recently spent an entire week at the Boston campus. He was the ground zero founder of hip hop in the 1970s, and he was able to relate to students with his passion for the art form,” Jaczko says.

It is important to note, that in addition to the Boston campus there is also a campus in Valencia Spain, and Berklee has other partners around the world as well. The newest addition to Berklee is in New York City. A Berklee trustee, Pete Muller, purchased the former famed Power Station studios then bequeathed the facility to Berklee. It is one of the largest philanthropic gifts in the history of the college. A month ago, BerkleeNYC hosted the first in a series of educational programs to be offered at the site.

After 20 years, Bongiovi sold the studio and it became Avatar. Another 20 years passed before Muller’s purchase. “We brought back the studio’s original name and honored Tony Bongiovi at an event in October,” Jaczko says. In addition to offering educational programs, Berklee will continue running Power Station as a commercial facility.

Learning is about give and take, Jaczko says. Students and teachers learn from each other. “In terms of young artists, there is a benefit to naivete. Professional wisdom is helpful in many situations, but it is also a framework for how you think about things based on your experience. What I love about working with young creators is they are not bound by any baggage. They will try new techniques or new software. They will record things that may seem wrong, but are right for their circumstance. There is no fear.”

Berklee’s success is about finding a balance between the new and the established, says Jaczko who quoted the late great producer Phil Ramone’s mantra, “Music First”. “We present all choices of music without prejudice. There is always a tool for the task.”

MetAlliance is a collaborative community that promotes producers, engineers and audio technology manufacturers to work together to ensure the highest standards of audio production.

In addition to Scheiner, Schmitt and Cherney (mentioned above), other founding members include Chuck Ainlay, Frank Filipetti, and George Massenburg.

I freelanced for Billboard for more than a decade and I had the privilege of meeting and, in many cases, interviewing all of the above. I worked very closely with Elliot Scheiner when he first began his work in Surround Sound. I recently reconnected with him and intend to write a feature about him. With a little luck,  I will also have a story about Matt Scheiner, his son, a Berklee alumni, now running Glenn Frey’s studio in Los Angeles.

When I launched this blog last month, I posted a story about WSDG. In doing this Berklee piece, I found that the architects had some hand in designing Berklee studios. See below.

Berklee College of Music opened the doors to its 160 Massachusetts Avenue residence Berklee College of Music tower in January 2014.  Over three years and $100 million have been invested in the development and construction of this educational compound.  Situated over four dedicated floors in a sixteen-story, 155,000 sq. ft.  William Rawn Associates building is the ten-studio Walters-Storyk Design Group – designed, audio education component. 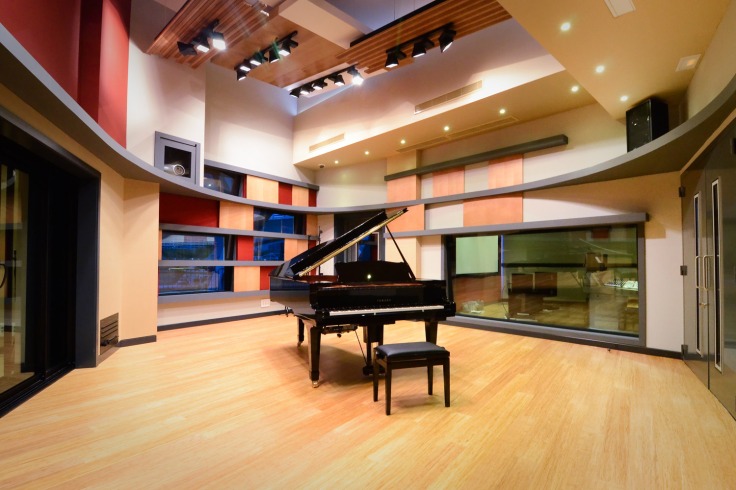