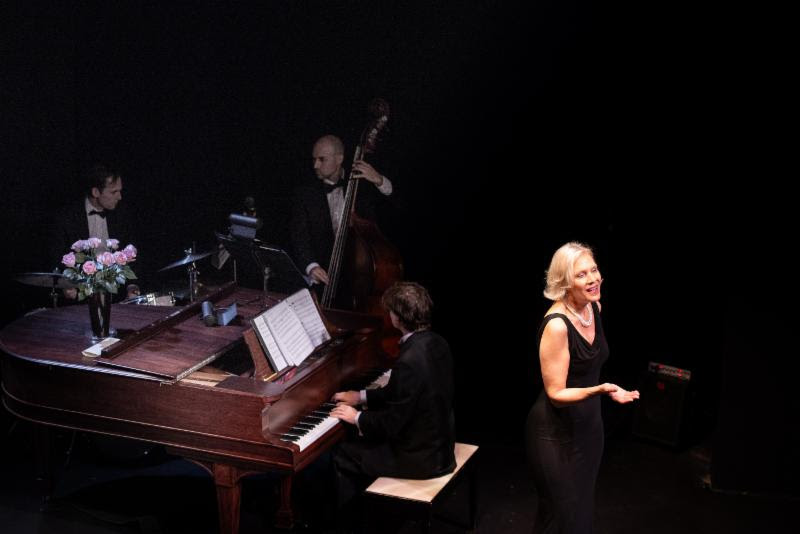 Sometimes you just have to go off the editorial calendar and plug something you love. In this case, it’s The Schoolhouse Theater in Croton Falls, NY, the oldest equity non-profit professional theater in Westchester County, NY. “Un-Block The Music” first discovered Schoolhouse when it presented a concert featuring Peter Calo and Laurel Masse. I loved the fact, that this great little hidden treasure up on a hill is almost next door to the Croton Falls Metro North Train station. This theater presents original plays, several of which have gone off-Broadway after its premiere here, as well as stand up comedy, and of course, concerts, where “Un-Block The Music’s’ interests (and heart) will always lie.

After attending the concert at the Schoolhouse in January, “Un-Block The Music” attended another of Peter’s shows in February when he performed the music of Paul Simon and Joni Mitchell alongside Anne Carpenter and John Lissauer (Wait til you see my upcoming story on John Lissauer. He is the original arranger and producer of Leonard Cohen’s “Hallelujah”. What an amazing musician. Keep an eye out for that.)   https://unblockthemusic.blog/2019/03/13/a-guitarist-for-all-seasons-all-music-discover-peter-calo/

In the meantime, a  little bird tells me The Schoolhouse will bring more concerts into the theater this year. Stay tuned for more information on that! In the meantime, “Un-Block The Music” would like to offer a little info on this hidden gem, its founder, Leandra Pope and its artistic director Bram Lewis.

Bram sat down with “Un-Block The Music” to offer a little history. Lee Pope was a mother, a house wife and a visual artist, he says. She loves painters and sculptors. Around 1976 she opened up a gallery in Somers, but in 1983, she was driving down Owens Rd. and saw The Schoolhouse building was for sale. Well…she bought it.  Not only did Lee build the galleries in the classrooms, she put artists’ studios in the other classrooms to continue encouraging and presenting local painters and sculptors. 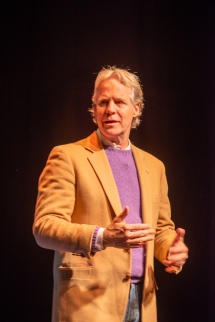 In 1986, Brooke Palance, (actor John Palance’s daughter) and Michael Wilding Jr. (Elizabeth Taylor’s son), put risers in the gym/cafeteria of “the school” and a theater was ultimately born. The first show presented was “Bedroom Farce” in 1986.  Bram directed his first play here in 1997, “Tantalus” by John Barton, founder of the Royal Shakepeare Theater.

If you don’t recognize Bram’s name, you may recognize his theater company, The Phoenix Theatre. Bram started his career at Circle In The Square Theater as co-founder, Theodore’s Mann’s Assistant (everything always come back to Circle In The Square For “Un-Block The Music!) Anyway, Theodore Mann, is known as one of the forefathers of “Off-Broadway.”  After working for Theodore, Bram went to The Royal Central Drama School in London before returning to the U.S. to be an actor.

After touring as an actor all over the country, “I decided I wanted my own theater company. In 1988, I opened up The Phoenix Theatre. For 10 years it was at Suny Purchase. We were the largest subscription-based arts organization in Westchester County with 10,000 subscribers. I had Helen Hayes and Woody Alan on my Board!’, Bram explained.

Under Bram’s artistic direction, several shows have moved to off -Broadway, most recently, “Love Linda: The Life Of Mrs. Cole Porter.” It’s a one-woman musical created by jazz vocalist, Stevie Holland and composer Gary William Friedman.  It moved to the Triad Theater in NYC last Fall.

Bram says, The Schoolhouse Theater exists because of Lee Pope who was the recipient of Arts Westchester’s 2018 Community Award.  However, there is so much more to come. Next up, June 13-30, is a play by Dorothy Lyman called “Gladstone Hollow, The Farm Play.”  However, if it’s music you are looking for…like “Un-Block The Music,” you may want to check out “Scottish Tattoo,” a music and arts festival, this summer. Much more about the theater and its music events to come!