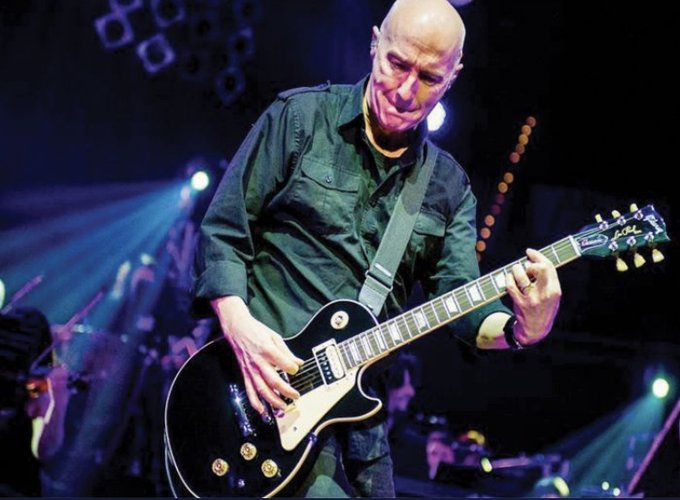 If you are a child of the 80s, you may understand why “Un-Block The Music” lost it when I saw that Midge Ure is playing in my area this weekend. The name Midge Ure might not ring a bell immediately to Americans, but what if I say he co-wrote Do They Know It’s Christmas? with Bob Geldof. And, what if I say he fronted Ultravox and sang one of my favorite songs of the 80s, Dancing With Tears In  My Eyes.

Aside from the fact that Midge is playing so close to my house, he is playing at one of my favorite venues, Daryl’s House, owned by Daryl Hall. I bought tickets before I even reached out to Midge’s publicist. And, when I did reach out to her, she and Midge were kind enough to set a time for me to talk with him.

While Do They Know It’s Christmas was released in 1984, the song is still one of the top 10 rock and roll Christmas classics, according to Rolling Stone. To refresh your memory, the song was recorded by Band Aid, which was made up mostly of the top acts from the UK. Live Aid was the multi-continent benefit created the following summer to “Feed The World.” In the opinion of “Un-Block The Music,” that concert was the best of all time. Midge is still a Band Aid Trustee. All of the people who formed the charity still remain, a big positive “in industry that can be notoriously selfish,” he said. 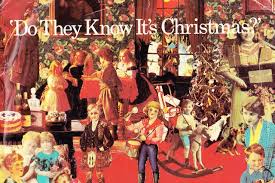 Anyway, Midge’s show is an acoustic one with a question and answer segment! I asked him why this kind of tour? He told me it is about “connecting with people. The majority of my demographic is from the 80s with grown children. The don’t go to gigs and music venues often. It’s important to connect through mediums they understand and are comfortable with.”  Traditional radio, vinyl and smaller venues, for example. It’s easy for new music to pass by, he said. “I want to keep the connection with fans.” Midge’s release Soundtrack: 1978-2019 is a retrospective and available on CD, vinyl and digitally,

A seasoned professional, Midge is very adaptable. “I was meant to be doing this tour with a multi-instrumentalist, but 12 hours before we were to start, he became ill. So, now I am doing it on my own, which is a change, but absolutely fine. I walk on stage with a bottle of water, play the first song and then I open it up to the audience. They ask questions and lead me to specific songs. It’s as honest and intimate as you can possibly get. It is like an extension of playing in a living room; a direct connection.”

Midge’s initial relationship with fans started around 1977.  Ultravox had several albums under their belt before “Un-Block The Music” discovered them, and, I suspect, most Americans discovered them with their album “Lament” around 1984. Therefore, Midge’s retrospective may not be what you expect. “When the (record) label came to me and suggested I do a ‘best of’ compilation, I told them I wasn’t interested in doing ‘a best of,’ what I wanted to do was a retrospective. So, if you don’t know what I do, this will take you from 1978 through 2019. It’s a good indication of my songwriting and style (and how it has grown). There are album songs that are obscure and not necessarily known to people.” Glorious is new song recorded with Rusty Egan. Rusty is the former drummer for the British new wave band Rich Kids which was also fronted by Midge before Ultravox.

While the internet and social media have changed the way we hear music, it can be good news for artists that use it well, Midge said.  “Social media makes fans feel as though they know you.” Also, without traditional record labels around, artists are still able to get the music out. “There is plenty of good music out there, but it is being made in bedrooms instead of studios and the artists are marketing it themselves.”

“Un-Block The Music” believes that new wave bands may be more prepared for social media than others. There wasn’t a lot of radio support for these bands, so they played a lot of smaller clubs and met their fans face to face. College radio stations and a few smaller stations like WLIR in New York were “the ones that took a chance on us,” says Midge.

New wave music was a lot about “stripping away the façade,” and that’s what Midge’s acoustic tour is about. Fans ask all kinds of questions about Band Aid and songwriting. He says, he really never knows which songs he will play in a night, but he always looks forward to it.

“Un-Block The Music” is looking forward to it too. If you are in the tri-sate area, here is the ticket link for this weekend. https://www.ticketweb.com/event/midge-ure-songs-questions-and-daryls-house-tickets/9866165?pl=daryl

Or if you want more info about Midge and other tour dates, go to his website. http://www.midgeure.co.uk/?LMCL=iGZvDI

One thought on “Ultravox’s Midge Ure On His Tour, His Retrospective & Remaining Impact Of “Do They Know It’s Christmas?””