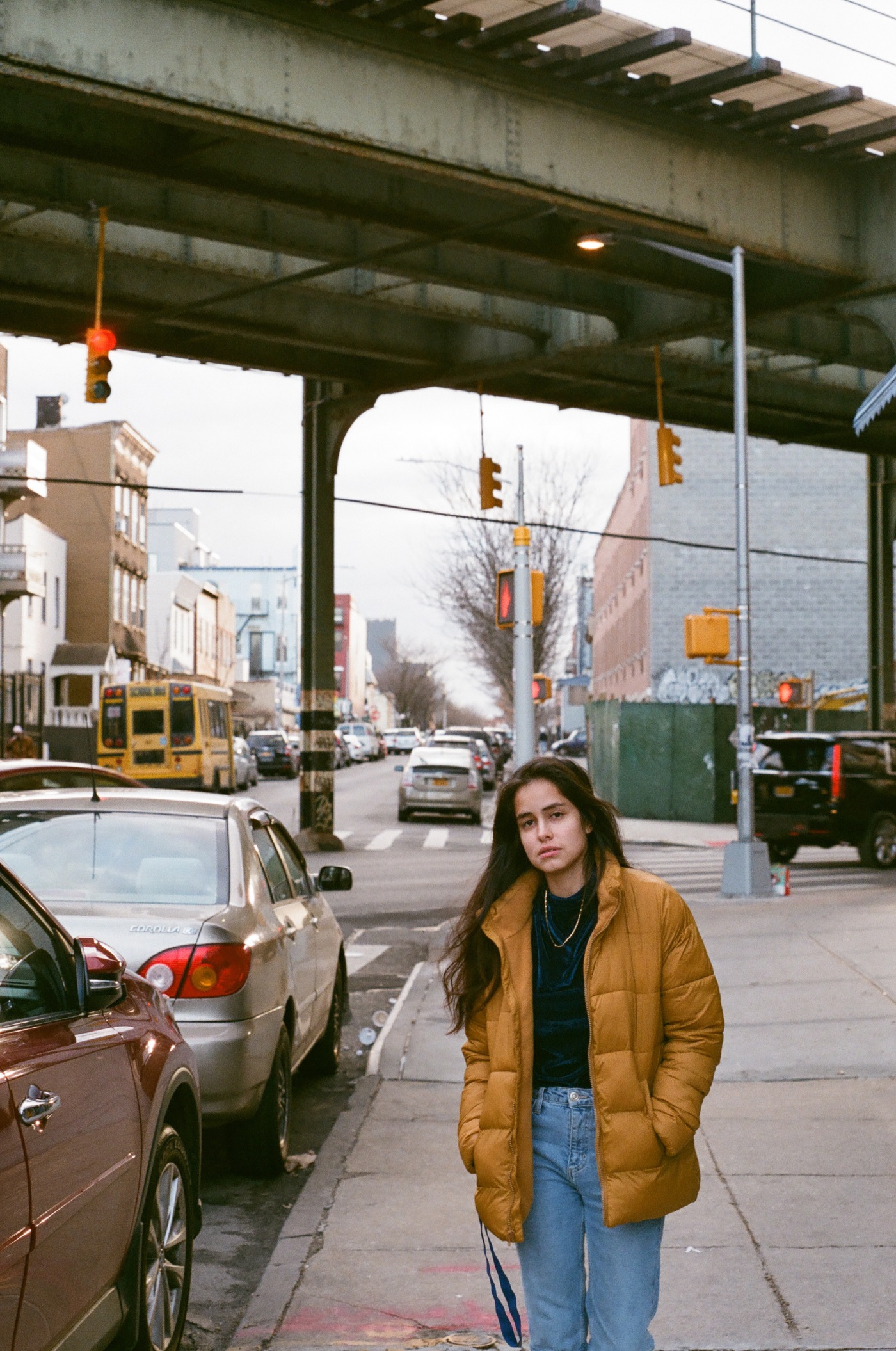 I sat down at my desk today, to write a “Women Wonders” story for “Un-Block The Music”. I decided to focus on Laura Galindo, one of the songwriters involved with The Tank’s Capricorn 29 streaming on Cybertank through June 16. The press person for the show reached out to me a couple of weeks back about Laura. Loved talking with her. She is a bundle of talent; young and with an eye to the future. Before I put words to the “paper” I wanted to explore her website (lauragalindo.org). In addition to her theater work, Laura has her own band, Laura Galindo and the Boys, and we talked about her upcoming single and video. Low and behold, her bandmate and producer, Greg Tock, is a close friend of my daughter’s boyfriend. The world just keeps getting smaller and smaller!

At any rate… Laura was born in Cali, Colombia, raised in South Florida and after graduating from NYU, she currently lives in New York City. Laura and I talked about Capricorn 29, the changes in theater and what is on tap for her as the world slowly comes back to some semblance of normalcy.

Six years ago, Laura wanted to do a show and needed someone to work with so she posted on the NYU page. “I found Greg and he became my first band mate. We love playing together and he introduced me to so many people and we continued playing through college. He is still my bandmate and producer!!”

This musician has a lot on her plate! Let’s first talk about Capricorn 29! Laura hit the nail on the head when she said traditional Broadway is probably only hitting 20 percent of the talent that theater can ultimately offer. “Un-Block The Music” has been blessed to talk to a lot of theatermakers during this pandemic. While the shutdown has brought sexism and racism to the forefront, the theater community was already starting to bubble before shutdown as a result of some very fearless theater, like Hamilton, The Slave Play and new renditions of classics like West Side Story and Oklahoma. Laura is most definitely one of the theater shakers.

Capricorn 29 written by Alex Hare and Julia Izumi is part of RealTime Interventions’ Post Theatrical festival. The show is streaming through June 16. Laura joins other songwriters Daniel and Patrick Lazour, Stompcat and Storm Thomas . It’s a interesting trend in theater, many songwriters on one show aka. Spongebob Square Pants (Check out this story https://unblockthemusic.blog/2020/04/23/women-wednesday-on-thursday-interview-with-spongebobs-musical-director-julie-mcbride/).

“Alex and I have been traveling in similar circles for a while. I worked on a show. He saw it. I auditioned for a show he was doing. We followed each other on Instagram. One of my biggest identifiers is being a songwriter, and I always want to be commissioned to work on someone else’s show,” she said. So when Alex reached out to her in November, Laura jumped at the opportunity.

Alex’s team worked on the script. “We had conversations about the show. He said, ‘this is the structure of the show, and this is where I want your song to be in the show. While I want it to be about this, what the song sounds like is up to you.’ He gave me a lot of artistic and creative license,” Laura explained.

The process could have been difficult, but “Alex wanted my voice as a songwriter. I didn’t have to write from a specific perspective, but rather I had to write a song inspired by the themes.  I thought about all of the things he and I had been talking about, I pulled from my experiences, and I just wrote.” According to Laura the show has been well received so far. While this run is limited, she expects it will come back later on this year.

For more information on the festival or for Capricorn 29 tickets go to www.PostTheatrical.org.

If you read “Un-Block The Music” stories, you know that as a pop music journalist for a lot of years, I love the mesh of pop and theater that continues to take hold. Laura, who started writing music at 15 years old, fits perfectly into that mold. “Theater is a huge part of my vocabulary, and it was a huge passion growing up,” but that’s not all. “Ultimately live performance is a huge passion,” she said.

“There are extremely exciting theater projects beyond Broadway. Hopefully theater companies have survived the pandemic and will come out stronger on the other side.” Of course Laura admits that virtual programming is not exactly live theater, but it has been a testament to theater artists.” While the most fundamental part of theater –the live aspect …was taken away they were not discouraged and continued to create!

Capricorn 29 is not Laura’s first foray into the theater world. She also has a residency at Ars Nova. (Ars Nova discovers, develops and launches artists in the early stages of their career. https://arsnovanyc.com/ ) “I submitted a musical to them for their Summer ANT festival; Annie Aspen’s Musical Space Spectacular. They offered her a residency, and they have been generous and supportive during this difficult time. Laura hopes to pick up where she left off at the start of the pandemic.

Though live theater has been shutdown, as a true artist, Laura hasn’t rested. In January, she released a single “Last Place”. She just shot a music video with a new song and EP expected to drop later this summer. Can’t wait!

“Un-Block The Music” has been trying to play a role in bringing to the surface the many women of theater past and present who have changed and are continuing its face. I plan to continue to do that, and hopefully will not need to dig as deep to find subjects. If there are any women you think I should consider for “Women Wonders,” please email me at dgalanteblock@gmail.com.