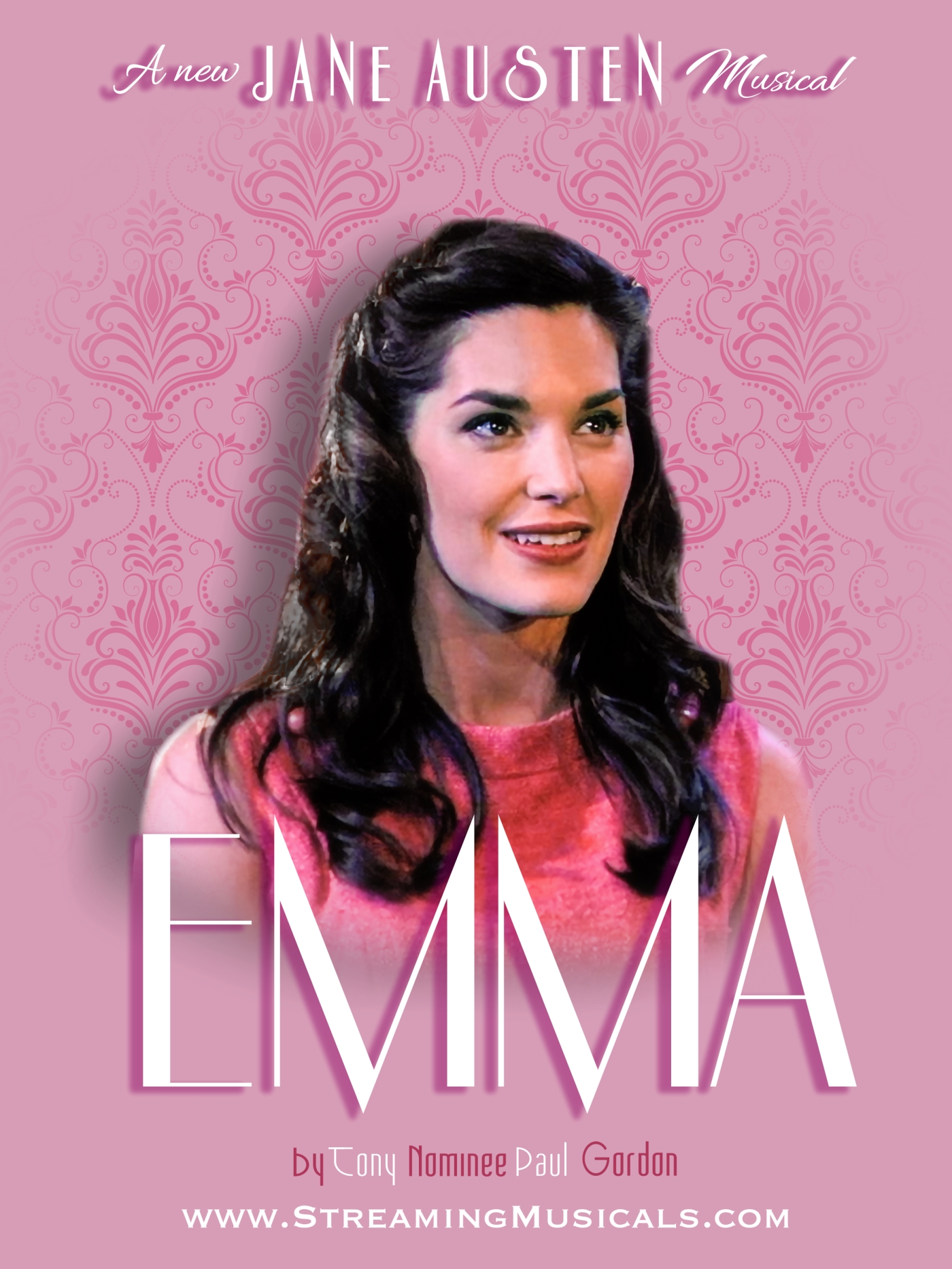 As I walked by the Richard Rodgers Theatre in New York City, home to the Broadway sensation, “Hamilton,” I was struck and seriously surprised by the audience standing on line. Perhaps it was the time of day, a Wednesday matinee, but the majority of those waiting were older…dare I say…my age and above? I get it! Everyone wants to see “Hamilton” because of the buzz and the awards, but I think the real factor here is that ticket prices start around $280 and go up to almost $1000. Not too many young people can pay that…heck…I can’t pay that!  That’s why, “Un-Block The Music” is thrilled to introduce you to a new theater concept, streamingmusicals.com.

The debut production, Paul Gordon’s “Emma,” launched on this new platform October 3. It’s a digital platform dedicated to streaming shows that have been captured on a soundstage or theatrical stage and filmed specifically for the screen. “Emma” is based on the Jane Austen classic novel. Don’t worry, it has been updated as it was filmed at a New York City Black Box theater this past spring. If you haven’t heard that term, it is exactly what it sounds like: a simple performance space, usually a large square room with black walls and a flat floor.

Working together are theatrical directors Kent Nicholson, for the stage, and Tim Ksashani for film. “Un-Block The Music” was thrilled to speak with Streaming Musicals’ Tom Polum, Partner and CEO, about how the idea for the platform came to be and what to expect in the next few months.

Tom said there were two driving factors…accessibility and cost. “I grew up in the northern part of Wisconsin in a very small town. My access to theater was going to the public library and listening to all the Broadway cast albums. That’s how I got introduced to it. Now we live in a world that is very different. We live in a visual world. Even though music is important, visuals are important too. That was the first driving factor in creating the platform.”

A second driving factor had to do with “the craziness of how expensive live theater has gotten to produce (and why ticket prices are so high). To do an off-Broadway show now can be 2 million dollars. To do a Broadway show is 16-24 million dollars. We are pushing out an entire audience who can’t afford to see theater. That’s the younger generation. We have to do something to encourage live theater.”

The last time Tom was lead-producer on a Broadway show was in 2009, “The Toxic Avenger”.  It ran for nearly a year, but he said they were unable to recoup the initial investment. “Everything is being funneled into the Broadway environment, so shows that normally should be in an off-Broadway house are being pushed onto Broadway because it is the only avenue you have to recoup.”

Another problem with theater, is that small regional spaces are cautious with new projects that have no name recognition. They are afraid they can’t sell enough tickets without a brandable name or a brandable title. It becomes impossible for new work to be showcased unless the producer is willing to put up huge amounts of money to help a theater compensate for the potential loss of ticket sales, Tom explained.

“My partners and I thought, ‘how can we get theater in front of more eyes?’ (both established and new work). We thought, ‘what if we put something together that is more of a film approach/’ It is still theater, but it is allowing audiences to have access to shows at a very inexpensive cost.”

Tom offered this example. If “Emma” is seen by 50 or 100,00 people, that makes a big difference to a regional theater owner who can now be confident people have heard of the show. “It’s creating another avenue for development of new works without having to find investors willing to lose $2 million to invest in an off-Broadway show.”

While musicals have proven they can thrive in a television environment or even in a streamed environment, as a theater lover, I don’t love the TV productions. Tom says that isn’t surprising and might have to do with the lack of intimacy that I feel in those circumstances.

“‘Broadway captures’ are usually done with three cameras in the house; one in the center, one on the right, and one on the left. I always feel like I am sitting in the back row watching a theater production, as opposed to getting right in there like your eye does. When you see a show live, you can focus in on something in particular. What streamingmusicals.com does is make the camera almost a character in the show. The camera helps tell the story and directs your eye to what you should be watching as it would if you were at a live stage production.” Just another reason, to try the new platform.

So far, Tom says, there have been no issues with the stream quality on “Emma”. “We have had very few questions about the interface, or problems purchasing. The back end seems to be working very well.”  Go to https://www.streamingmusicals.com. The price to rent “Emma: is $7.99, and to purchase the program is $19.99. After about three months, the hope is to branch out to iTtunes, Google Play and Amazon. And, since the new platform is so economical, three more shows are planned in the next two quarters.