What could Foreigner, James Taylor, Broadway’s “Anastasia” and “Wicked” have in common? Grammy-winning music producer, engineer and mixer Frank Filipetti. “Un-Block The Music” had the pleasure of chatting with him recently about the many stages of his career and why he was one of the first big name producers to embrace digital technology.

Franks’ early credits include Foreigner’s “Agent Provocateur” which spawned the single, “I Want To Know What Love Is.” Among other pop/rock credits are Carly Simon’s “Coming Around Again,” The Bangles’ “Eternal Flame,” and Courtney Love’s “Celebrity Skin.” Then, there was James Taylor’s Grammy-winning “Hourglass,” which was all done digitally back in 1997.

“You always have to deal with changes. At the end of the day, progress usually puts you in the right direction, but with music, it didn’t seem that way at first,” Frank said. “When digital first came out, I was not a proponent, but the more we started going into the digital world, the more I realized that I had to get there.” Regardless of whether you thought it was better or not as good, it was going to end up that way. Early on, you either made the music sound as good as you possibly could, or you did it all in analog and then took your chances in mastering. “I didn’t find that an acceptable solution. So, I made a decision in the late 80s/early 90s that I was going to go digital my entire chain. If it wasn’t warm enough or dry enough, I could make those changes before I got to mastering.” 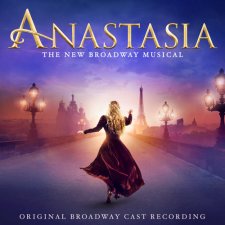 than they ever have, so, “Un-Block The Music” asks, then “why is vinyl coming back?” Well…Frank says, “People say vinyl is back because sales increased 200 percent last year, but in the scope of 17 billion downloads, it is a small aspect of the big picture.” However, Frank does not discount vinyl’s place in popular culture. In fact, his recording of Broadway’s “Anastasia” was just released in time for Christmas. https://unblockthemusic.blog/2018/12/12/new-vinyl-release-of-broadways-anastasia-makes-gift-giving-easy/

“There is no question, sonically vinyl doesn’t come close to digital,” Frank said. However, there is the other side of the story that makes vinyl beneficial. Choosing affects the way people hear music; not the sound quality, but in the ritual of analog. “If you are going to listen to a vinyl disc, you have to physically get up and put it on the turntable, place the needle down on the record, and more often than not you will listen to the entire track. It becomes an active process of listening. It’s not something you can do passively like you can with digital. With digital listening, you have a playlist which goes from song to song and genre to genre. You almost never sit down and listen to an entire album. Because of that, music has been devalued somewhat. The ritual of analog provides a more emotional experience.”

Certainly, in the last 10 years, digital technology has become so sophisticated. “As far as I am concerned, it’s not even an issue.” METAlliance, is a top group of engineers and producers that encourages everyone to work together to ensure the highest standards of audio production. Frank is a founding member along with Al Schmitt, Chuck Ainlay, Ed Cherney, Elliot Scheiner and George Massenburg. “We don’t all agree. Al, Chuck, and Elliot still love the analog. I was never happy with the sound that came off tape.” https://unblockthemusic.blog/2018/10/30/grammy-winning-producers-call-for-better-sounding-music/

Digital work for Frank started in stages. He began by recording to a digital tape machine, 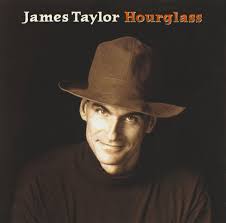 then mixing analog, then he went to an analog console and mixing to a digital machine. Then, he did digital to digital to digital.  The first real validation of that process, he said, was the two Grammy’s he won for James Taylors’ “Hourglass,” in 1997. That album was recorded at a house in Martha’s Vineyard. The intention was to record rehearsals, but the recordings turned out so well, they decided to make an album. “That was not only all digital, but beyond that it was recorded on a consumer tape machine, the Tascam DA88. It also was recorded through a portable digital console, the Yamaha O2R. We recorded everything LIVE using just the O2R’s preamps. That was a $5000 console. And we got an Engineering Grammy. I could have never done this in the analog world. The total cost of the gear was probably $10 or 15,000 compared to a half million-dollars invested in a studio. That really convinced me digital was here to stay.”

In terms of gear itself, it keeps getting better and better, according Frank. “Microphone  Audio Technica 5047 is about as high a quality microphone as I have ever heard. The DAD, Lavry, and Prism converters are about as high quality as anyone can imagine. And, I just got a MacBook Pro laptop that is so powerful that it actually betters my desktop computer.”

However, recording Broadway shows is a little different, and according to Frank, it is the most strenuous work he does. He worked on the movie version of “The Pirates Of Penzance” in 1983, but the first on-Broadway show he worked on was “Passion” in 1994. “I mixed that for Phil Ramone. Then, I did ‘Aida’ (Grammy), ‘Annie Get Your Gun’ and ‘Wicked’ (Grammy). By the time I did ‘Wicked,’ I was doing two or three shows a year.” That included, “Spamalot,” “The Color Purple, “and “Book of Mormon” (all Grammy winners), and, of course, “Anastasia”.

“Producing, recording and mixing Broadway soundtracks is about the hardest thing I do. It really stretches you very thin, especially on the record day.” Frank explained. “Most shows are recorded in one day because of union regulations and show schedules. As an engineer, you have to get your chops together early because your main focus, once the band starts going and the singer starts singing, is getting the right performance out of the artist. So, you can’t zero in to the engineering side. It’s a bit of a hat trick. And, unlike the pop world, you don’t have much time to edit and mix it. However, often the music is so glorious, you just want to do it.”

Frank continues to work on all kinds of records, most recently a jazz piece by Omar Hakim and another album from Mexican singer, Ely Guerra. He also teaches. “In the last several years, I have become absolutely fascinated with the idea of teaching.”  He recently did a one-week residency at USC, and was over the moon about the amount of creativity he witnessed there. “When you listen to the radio, you can get a pessimistic view of where music is heading, but after listening to what these musicians have been working on, I am absolutely convinced, our future is in very good hands!”

One thought on “What Could “Anastasia” & James Taylor Have In Common?…Frank Filipetti”