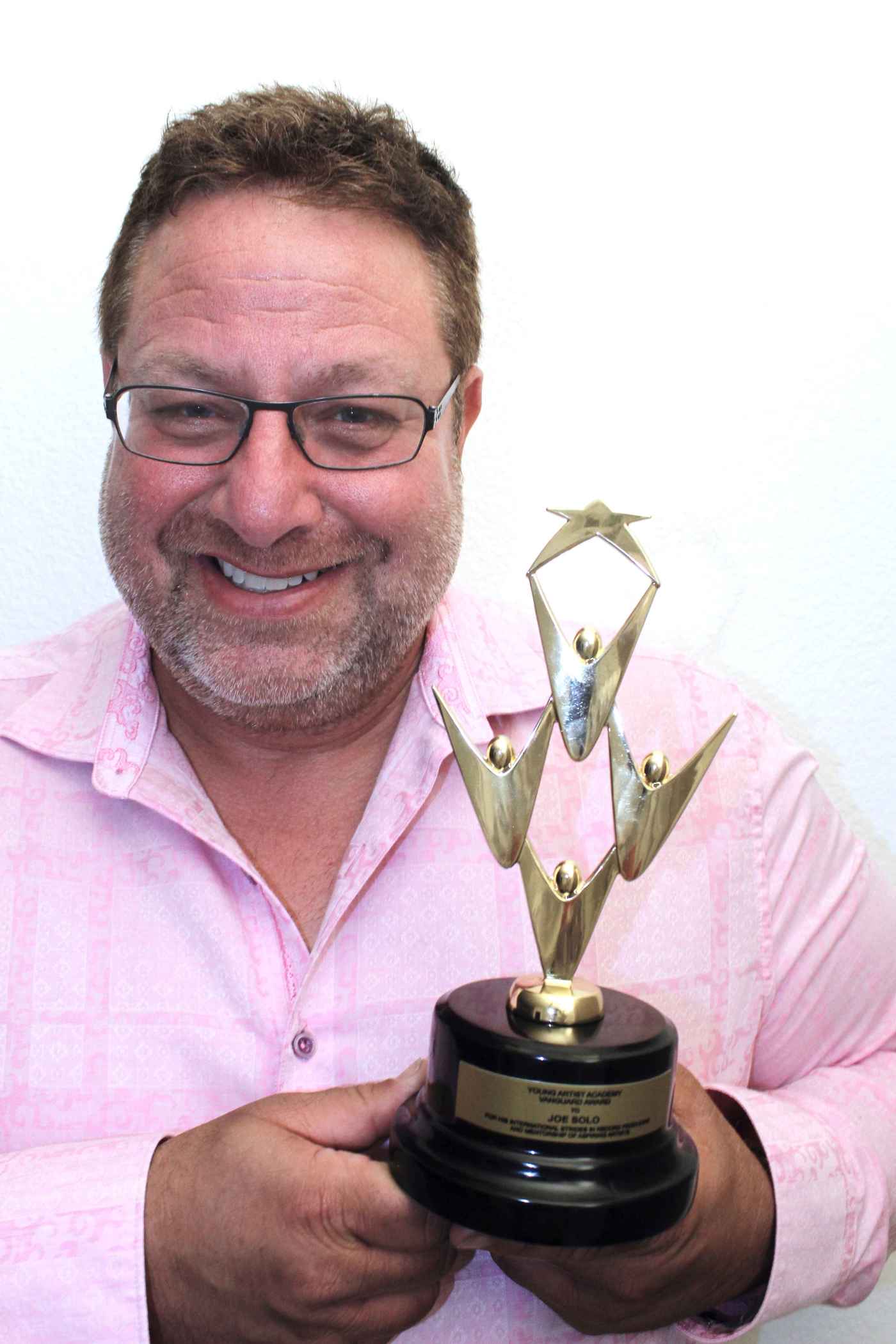 How do you break into songwriting and producing? “Un-Block The Music” has been fortunate enough to hear a lot of amazing stories over the last two years. Songwriter/Producer, Joe Solo is the latest to share his journey and advice. What I love about Joe is his honesty. He won’t promise to make you a star, but he sure is going to give you the right tools to start. Let’s start with Joe’s early journey.

Musical chops aside (Joe came from a family of vaudeville entertainers), Joe laughingly remembers how he came to play guitar in order to get female attention. “As a young teenager in the time of Van Halen, it occurred to me that if I was successful at music I wouldn’t have to deal with my fear of rejection from girls. But what I found was a true love of music, and learned how music is a way to connect with all people.”

Joe had some professional musical training attending the College of Music in Boston for a summer, then spending some time at the Musicians Institute in Los Angeles. He went to New York for some marketing training as well. In terms of becoming a musician, you “have to have the principals, then you can learn anything, even on different instruments. I never met anyone in the industry that cares if you have a music degree. Sometimes I believe, you are better off getting a marketing or communications degree than a music business degree. Music models will be different by the time your graduate,” Joe says.

When did Joe add producer to his skill set? Pretty early on.  He so very much wanted to play Pink Floyd’s “Run Like Hell” guitar solo. “For my high school graduation, I asked my dad for a Digital Delay. Instead, he bought me a Tascam cassette 4 track. I then moved to an Apex 24 track, and I was on my way. I recorded everyone! For more experience I worked as a second engineer at a recording studio, but that is just a euphemism for picking up the diet coke,” he laughed. But, in reality, he says, he really learned a lot by watching.

Another huge career turning point came for Joe in 1985 when he met Macy Gray. She was the cashier at a diner in Beverly Hills. When he went to pay his bill, she looked at him, saw his long hair, and asked if he could play guitar. When he said, he could, Macy told him she was a singer and would like to get together to write songs. They did! Joe knew from the moment he heard her, that he had to produce her!  It took 15 years, but the commitment from the two of them ended up winning her the Grammy for Best New Artist. That was the year “I Try” was all over radio.

As a result, Joe signed a half-million dollar worldwide publishing deal to be the head staff writer/producer for Paramount’s Music Publishing division and has since had hundreds of professional collaborations and over 2000 song placements in films, tv shows, video games, and commercials.

As business models continually change, Joe offered “Un-Block The Music” some insight on what it takes to break into the business in 2020.

“I am a big believer in doing it yourself, but there is still a point where you need the record labels involved. Depending on your style of music, but particularly for pop, labels are important because they have radio in their pocket and you still need radio.”

Over the last 30 years, Joe says he learned a lot from his mistakes and well as by the mistakes of others who started out at the same time as he did. He offers these practical tips to wrap your brains around.

T.V. is a great place to break into the business. If you sell one of your songs, it gets you a lot of exposure and it pays forever, Joe says. “To get placement in a film or tv, you have to get to know the music supervisor. A common mistake made by songwriters is not doing research on what a music supervisor is working on. Don ‘t just try to impress them.”

Joe gives this example, “You might get some kids who get a list of supervisors and send out MP3s of different styles. But, music supervisors, unless they ask for files, don’t want them. They want links. If you are going to contact the supervisor, learn about the shows, then send them music that will make sense for their projects.”

It’s also a good idea to email people and ask permission to send something. Music supervisors are bombarded with people and their dreams. Be polite. Start the correspondence with “Thank you for taking the time to read this.” It shows respect for their time, Joe explains.

Never say, “I have the perfect music for your show.” Joe says, that sets you up for failure. “Chances are you really don’t know what they are looking for even if you have been doing your research. You don’t know what’s in their head, instead say, ‘I’ve done some research, and I think I have some music you might want to consider.’ You don’t want to disappoint them at the start of a relationship.”

Artists have the notion how the industry works and how they are going to make it. He had it too, but notions are not always based on what’s real.  Joe offers songwriter retreats that he says are life changing. “It ain’t cheap, buy I bring in a panel of industry people from music supervisors A&R, publishers, etc…you have the chance to pick the brains of players. Then two weeks after the retreat, I have a one on one with each participant after all of the info marinates in their brain. Then together we can put together a road map for their career path.” (https://musiccareersuccess.com/)

If you can’t afford Joe’s retreat just yet, he still offers “nuggets” of advice for free. On his website,  www.joesolo.com sign up for his emails sent out every week.

Please don’t forget “Un-Block The Music,” when you have a story to tell. Follow the blog, Hopefully, the stories of others will help you get to your goal. Scroll down the page until you see “follow.” You will then be emailed every time I post.

Looking forward to hearing from you in 2020.