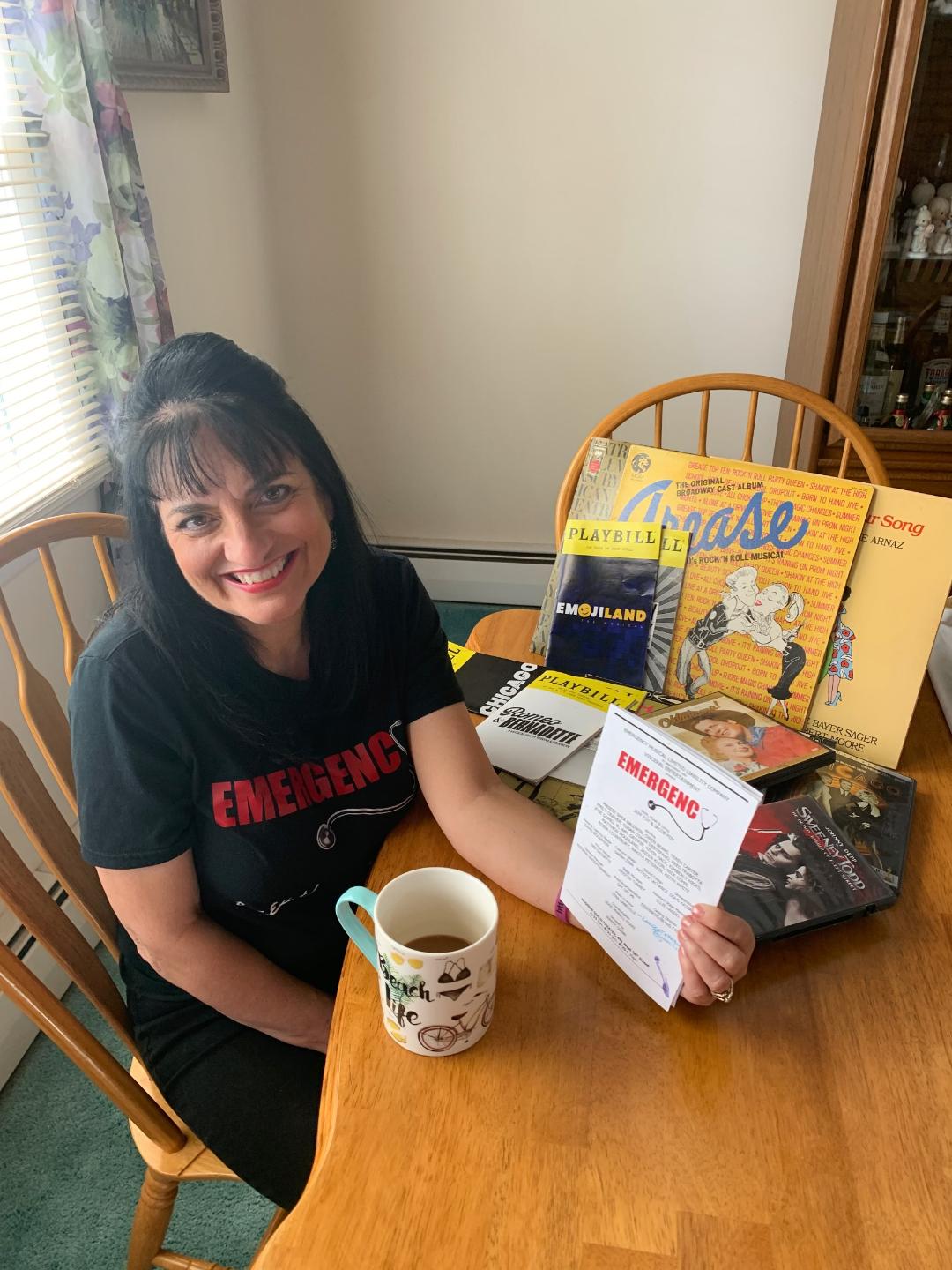 Just want to remind everyone that Chapter 3 of From Bullets To Broadway, Anatomy of a Show, featuring Emergency The Musical will air today, Saturday, April 18 at noon on 1180AM WFYL (www.1180wfyl.com).

As quarantine drags on here in New York, “Un-Block The Music” has started going through my old vinyl and CDs. As a reporter, pop/rock music has been my life,  but after looking through my collection, I actually realized my love of theater was always a part of me as well. Back in the day, when my parents asked me if I would like a Sweet 16 birthday party, I said “no. I want to go see Grease on Broadway.” That was the first Broadway show for, not only me, but my parents as well. When I graduated high school a few years later, A Chorus Line tickets were my gift. After that, it was a yearly tradition to go to Broadway with my family.

Off-Broadway can be a great option to break into theater, not only as a show creator, but as a patron. Going to the New York theater can be a bit costly (although I recommend joining the many discount theater sites online or visiting TKTS in Times Square on the day of the show). Off-Broadway can be less expensive, the theaters are smaller and the experience is one you will never forget. “Un-Block The Music” can’t wait for Emergency to hit the Off-Broadway stage next year.

Today’s installment of From Bullets To Broadway will focus on the creation of the show’s music. Father and son team Jeff and Jacob Foy co-wrote, however, 20-year-old Jacob, a self-taught musician, wrote most of the music and got the original demos recorded. From what I understand, he recorded in his closet at home! Also, to be featured on this installment will be the show’s Musical Director Melissa Stainbrook, who has been working with the Foys from the start. Learn what that all means!

So, if you haven’t heard the radio show before, it’s unconventional fun. The host is U.S. Air Force Veteran Sgt Daniel McCaughan…..That’s right, I said Sargent. He is a theater lover and writer. Jeff is an Emergency Room Doctor and Jacob is a college student. You’ll love it. As you listen, jot down any questions you may have and send them to Dan at info@1180wfyl.com. You can win a t-shirt if they read your question on the air.

And, it you are just tuning in, read what I’ve written about the show in the past by searching Emergency The Musical on this blog, and go to www.BroadwayBullets.com where the first two chapters are archived.

After today’s show, “Un-Block The Music” will continue the interviews with Melissa and The Foys. As I have no doubt preached about in the past. “Music is one of the longest standing self-prescribed therapies in history, ” That quote is well said, by Music Therapist Erin Seibert.

You can get more info about Emergency at (www.emergencythemusical.com). AND, you can follow this blog by scrolling down and hitting the “Follow” button on the right…..See you after the show!

(BTW….From Bullets To Broadway and “Un-Block The Music” hit Broadwayworld.com this week. Check it out: https://www.broadwayworld.com/article/WFYL-Radio-Presents-FROM-BULLETS-TO-BROADWAY-20200414)