A Hadestown lyric from the song “I Raise My Cup” comes to mind in this horrible time of Coronavirus. “Some birds sing when the sun shines bright. My praise is not for them, but the one who sings in the dead of night. I raise my cup to him.” Broadway sang through September 11th recovery and “Un-Block the Music” knows Broadway will be one of the reasons New York will bounce back this time. “Un-Block The Music” quotes Hadestown for another reason. I spoke to Tony winning Sound Designer Jessica Paz right before this craziness began.  She is the first woman to win a Tony Award in the Sound Design category. Not only does she have amazing talent, but she has risen to the top of this male dominated career, and that is why she is the first story I’ve written for Women Wednesdays!

Why did Jessica pick such a difficult career? Well, it sort of picked her. She went to school for forensic psychology, and never thought about theater as a career path. She is all self-taught when it comes to sound design and mixing. “I saw shows when I was a kid, but never thought about backstage…It was all magic!,” she laughs. “I never thought about sound. My path was a little unconventional.”

Jessica started hanging around the regional theater in her early 20s. “I had a friend in the ensemble of The Rocky Horror Picture Show on Saturday nights. I used to go and get dressed up in costume and shout back. I was young and $20 a ticket was expensive so I eventually I started volunteering to help,” Jessica explained. It was at that same theater, Jessica was pulled in as a last-minute replacement stage manager for their production of Dracula, then later she worked on South Pacific. What changed the course of Jessica’s life, however, was Bat Boy The Musical. “I loved this show It’s campy, it’s funny…it’s brilliant!”, she said.

However, “The sound was so…..bad on that show, so much feedback!”  Jessica called a friend, asked how to take the feedback out. She fixed it.  Then she ran a sound check with the actors and they put on a show without feedback.  “So, instead of running the lights at the theater, I started mixing the sound!” she said. 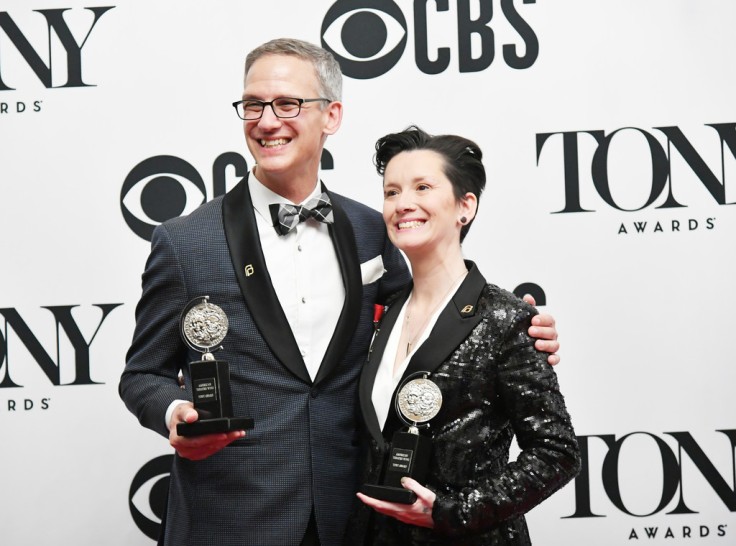 “Un-Block The Music’ has been covering sound for years, and while I can hear the difference in good sound and bad, I am truly amazed at what sound professionals truly hear. Jessica said, “I was curious about my hearing; wondered if I was hearing things properly. So, I got tested. My ears are well above average. My frequency response is perfect. My tolerance for loud SDL is better than the average person, and I can hear sound before the average person.”

That explains, in part, why she was hired by Rob Kaplowitz when she answered an ad for a Sound Board Operator. After that first job, “Rob asked me to be his assistant on his next show, and I became his ‘go to’ assistant designer. I worked with him on all of his shows for years.” Then he designed a show called Fela!  She became Rob’s Associate Sound Designer when the show went to Broadway, and he won a Tony!

After working on tours and concert versions of the show, Jessica branched out beyond theater and did a lot of mixing for bands and did gigs at places like the Knitting Factory and Terminal 5 in New York. After doing that for about three or four years she got a gig as Assistant Sound Designer at the Delacorte Theater and Shakespeare in The Park.When her mentor and boss Mark Maynard passed away, Jessica was promoted to designer of the Delacorte Theater and this will be her fourth year of designing Shakespeare In The Park. (Last summer, Disney also showcased their show Hercules there and Jessica was the sound designer!)

What now? When this Coronavirus struck down Broadway in mid-March she was working on the off-Broadway productions of Bob & Carol & Ted &  Alice as well as Little Shop of Horrors!  “My next goal is just to keep going; maybe work in concert sound, work in film or work on mixing and mastering an album. There is no limit,’’Jessica said. Then, she took a deep breath and added, “of course, my goal is to win a second Tony!”.

“Un-Block the Music” wholeheartedly supports that.