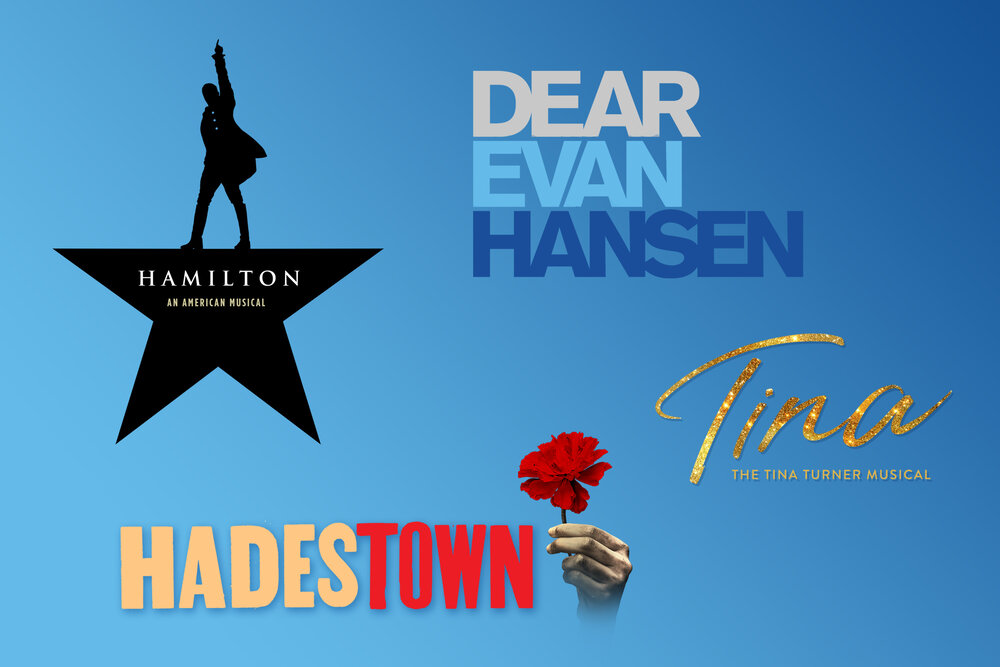 After talking to all of the amazing women behind the international sound consoles of Dear Evan Hansen (DEH), “Un-Block The Music” was able to secure an interview with Nevin Steinberg, who is the sound designer for the Broadway show and who had the foresight to hire these women. “To work, I always gather a lot of smart talented people, and I have made the conscious decision to work with people not like me; women, in particular,” Nevin said. DEH is not Nevin’s only claim to fame. Have you seen Hamilton (or watched it on Disney Plus?) That’s Nevin’s work! What about Hadestown? He won the Tony along with his partner Jessica Paz, the first woman sound designer to win a Tony! “Un-Block the Music” is still waiting to hear about Tony nominations for 2020. Fingers crossed for Nevin… He is the Sound Designer for Tina, The Tina Turner Musical.

(Check out this story: https://unblockthemusic.blog/2020/04/15/hadestowns-jessica-paz-first-woman-to-ever-win-a-sound-design-tony-kicks-off-women-wednesdays/)

Like most parents, Nevin’s parents hoped he would have a stable job…like being a lawyer. Lucky for the theater community, when Nevin decided that wasn’t his cup of tea, his parents went along for the uncertain ride. “I had the good fortune to spend a couple of summers working at a law firm. That convinced me that wasn’t my thing,” Nevin told “Un-Block The Music.”

“Sound design was a happy accident. I started out doing a lot of theater as a musician when I was young, and that continued into college (Harvard) where I started doing technical work as well. Once that (technical portion of music) started to catch in my brain and I realized I had an aptitude for it, that’s when I started to feel the passion, particularly for technical audio. I think it was a combination of seeing and doing that lead me to sound design. I had seen a lot of pretty avant-garde productions at the American Repertory Theater in Cambridge, MA when I was in college. There were not a lot of musicals, but a lot had extensive soundscapes nonetheless. The extravagant productions had very artistic designs, and I realized how important all sound is in theater.”

Nevin worked at the university theater and was trained by the resident sound designer on campus. When that designer was hired away from Harvard to work at a regional theater, he took Nevin with him as an assistant. Working on sound is really all “I have ever done professionally,” he said. “I worked on small shows at first, but I always had those American Reparatory shows in the back of my mind that showcased the exemplary work I was trying to live up to,” he said. “I strived to make my own shows feel as fully immersive and exciting as those.”

The first show Nevin worked on in New York was as an assistant on a concert at Carnegie Hall “It was pretty heavy stuff,” he said. “The first Broadway show I worked on was as a substitute Front of House Engineer on Blood Brothers (an import from London).  The first show I originated on Broadway was Side Show in 1997. I was the engineer.”

Nevin said, it always takes mentors to move a career along. “The longest standing mentor for me has been Abe Jacob. We have known each other for a long time and he has been a great source of guidance and help. And, that continues to this day. Abe is widely credited with being the inventor of Broadway Sound Design.”

Before Abe Jacob, sound design was basically set up by the stage manager and electricians. It was with Abe, that sound became more than sound effects, it became about creating atmosphere and mood. Abe’s credits include: Hair, Jesus Christ Superstar, Pippin, A Chorus Line, Chicago, The Rocky Horror Show and Evita.

Nevin says his other mentors have been his partners. In 2000, he formed Acme Sound Partners with Tom Clark and Mark Menard. Together they designed Avenue Q, Ragtime, Spamalot and Dirty Rotten Scoundrels. Nevin worked within that partnership until 2011 when he decided to begin working independently.

Nevin has done pretty darn well on his own. Perhaps no show has gotten the attention or sustained a buzz for a longer time than Hamilton. In case, you don’t watch tv, read newspapers, listen to the radio or go on social media, Hamilton  is the creation of Lin-Manuel Miranda and it tells the story of American Founding Father Alexander Hamilton. It is told  through R&B, pop and RAP by non-white actors. Miranda described Hamilton as  a show about “America then, as told by America now”.

Over the course of the show, Hamilton’s music explores extreme contrasts in volume and lyrical density. The film, which debuted 4th of July weekend on Disney Plus, was not supposed to be released this way. The original intent was to release the film to theaters in October 2021, but Disney moved up the date in the midst of the coronavirus pandemic….and Lord knows it was amazing. The film was recorded with the Broadway show’s original cast! According to analytics from Apptopia, U.S. downloads of the Disney Plus App July 3-5 were 74 percent higher than the average over the four weekends in June!

Nevin said working post production on the Hamilton movie was exciting. “I think I have something to add to that process, and I can see myself doing more projects like it!”

One thought on “Dear Evan Hansen, Hamilton, Hadestown, Tina: Nevin Steinberg On Working With Women On Sound As A Conscious Decision”