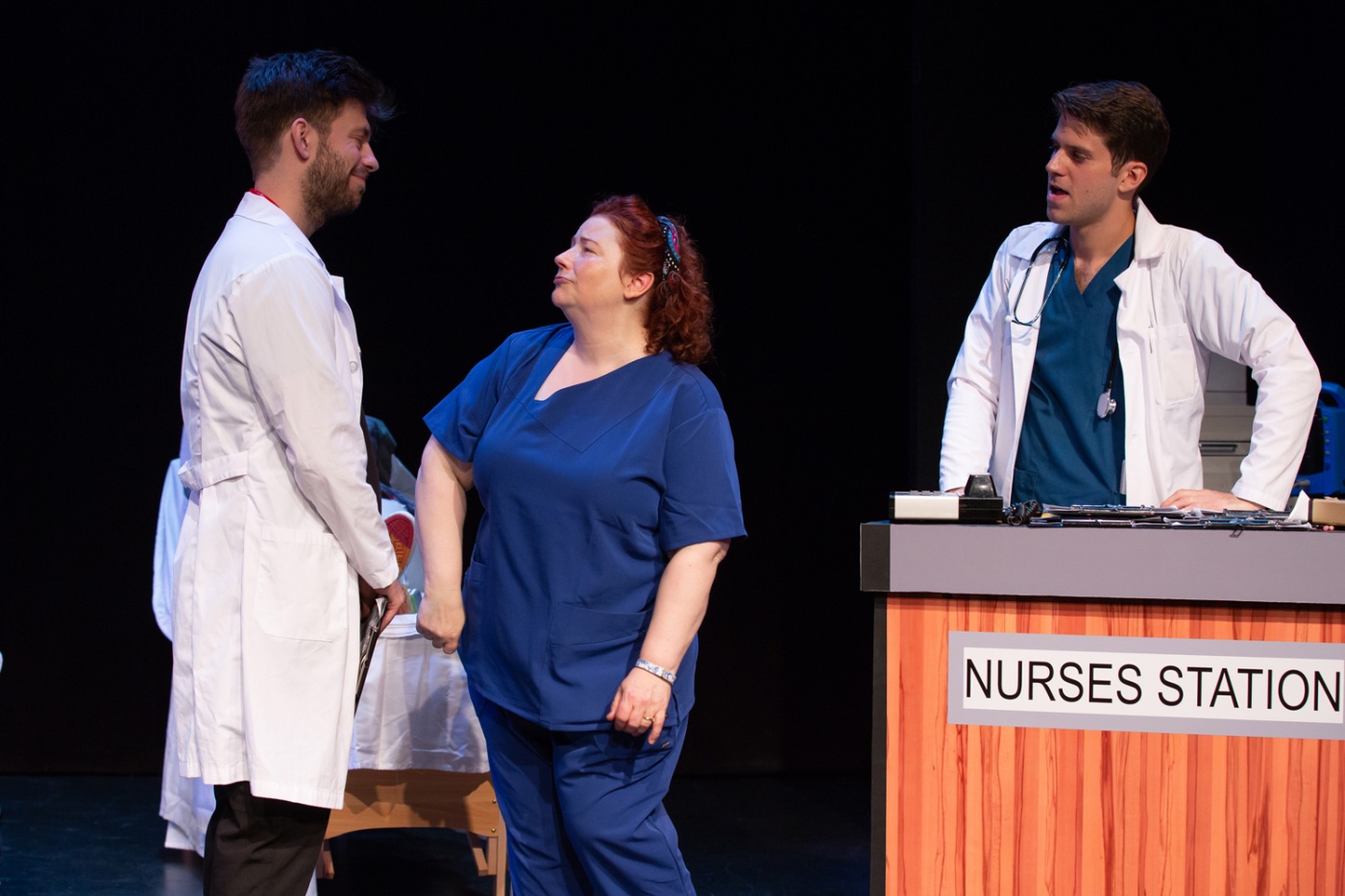 If you listened to WFYL 1180 AM’s  From Bullets To Broadway, Anatomy of A Broadway Show , Featuring Emergency The Musical  (www.BroadwayBullets.com) on Saturday, you heard Dr. Jeff and Jacob Foy talk about how rewriting and reworking a script and its music never really never stops. They told show host Sgt. Dan McCaughan and “Un-Block The Music” how the song “Queen of The Hill” was not in the original script, and how it came about as a result of comments they heard about the character “Carla” after the show played at New York Theater Festival’s Summerfest last August.

“Un-Block The Music” asked the Foys, what the first thing was that they did on Monday morning after the show closed in New York. Jacob went back to college. He is 21 and a senior this year. Can you believe that?  Anyway…Jeff said, when Jacob was settled, they set up meetings for feedback. Those meetings included a couple of directors, a producer and just some friends.  “People that go to see shows, see many, so they likely have a large pool to choose from for comparison. They can tell you what they like and what they didn’t like about characters, storylines and songs.”

Jacob said, “one of the main challenges when asking for feedback is that everyone has a different opinion. You end up having to filter through those. (The Foys’ mentor) Ken Davenport gave us the rule, ‘if you hear the same comment three times you need to consider it and look at it.’”

From a few people, including Dramaturg Eric Webb, they heard that
“Carla” was the character that was most unclear. Jeff said, “We spent a lot time working with her character after the New York show. Once you focus on one character; it is easier to reshape the storyline. “We went through the entire show with Carla in mind. We needed a song to make her likeable.”  https://unblockthemusic.blog/2020/07/13/learn-about-emergencyscharacter-development-with-davenport-theatricals-dramaturg-rebroadcast-of-wyfls-bullets-to-broadway-july18/

In addition to “Queen of the Hill,” another duet was added to the show. It is between Kyle and Justin, the two doctors vying for the same Emergency Room position. “Un-Block The Music” can’t wait to hear that. It should be explosive! You have to stay tuned to the radio show!

The Foys admit that they haven’t seen a read through of Emergency since the changes because they have been entrenched with their other show, One Night Only, which already has an opening date set for off-Broadway summer July 2021 at the Players Theatre. Just as New York went into shutdown in March, the One Night Only team held online casting auditions.  And, for the last couple of weeks, they have been in “Zoom” workshops with the team. “Un-Block The Music” was able to get a sneak peak today as they created a “Zoom” reading of the show; songs and everything. It’s no easy feat to teach and then recreate music on “Zoom” with the delay. But they found a solution, and I have to tell you, I loved it. However, don’t expect a carbon copy of Emergency. While the show has its traditional musical theater moments, rock and roll rips through, and they seriously have some amazing rock voices in the mix. Stay tuned for more on this show as it gets closer to next summer!!! https://www.onenightonlythemusical.com/

Zoom Reading of One Night Only

In the meantime, if you didn’t hear Saturday’s  From Bullets To Broadway broadcast, you can hear the rebroadcast this Saturday, August 1st at 12 noon (Eastern time) on WFYL 1180AM ( www.1180wfyl.com).

Tell Dan and/or Un-Block The Music what you think. Or if you have questions, email them to us at info@1180wfyl.com  or dgalanteblock@gmail.com. If Dan reads them on the air, you will get an “Emergency” t-shirt!

BTW…the song “Queen Of The Hill” played at the top of the broadcast was sung by Annie Wolfert. “Un-Block The Music” spoke to Annie back in the spring. Check out the story: https://unblockthemusic.blog/2020/05/04/the-foys-talk-emergency-table-readings-another-project-following-wfyls-from-bullets-to-broadway-encore-presentation-may-9th/

To listen to Emergency’s music go to:  https://www.emergencymusical.com/the-music