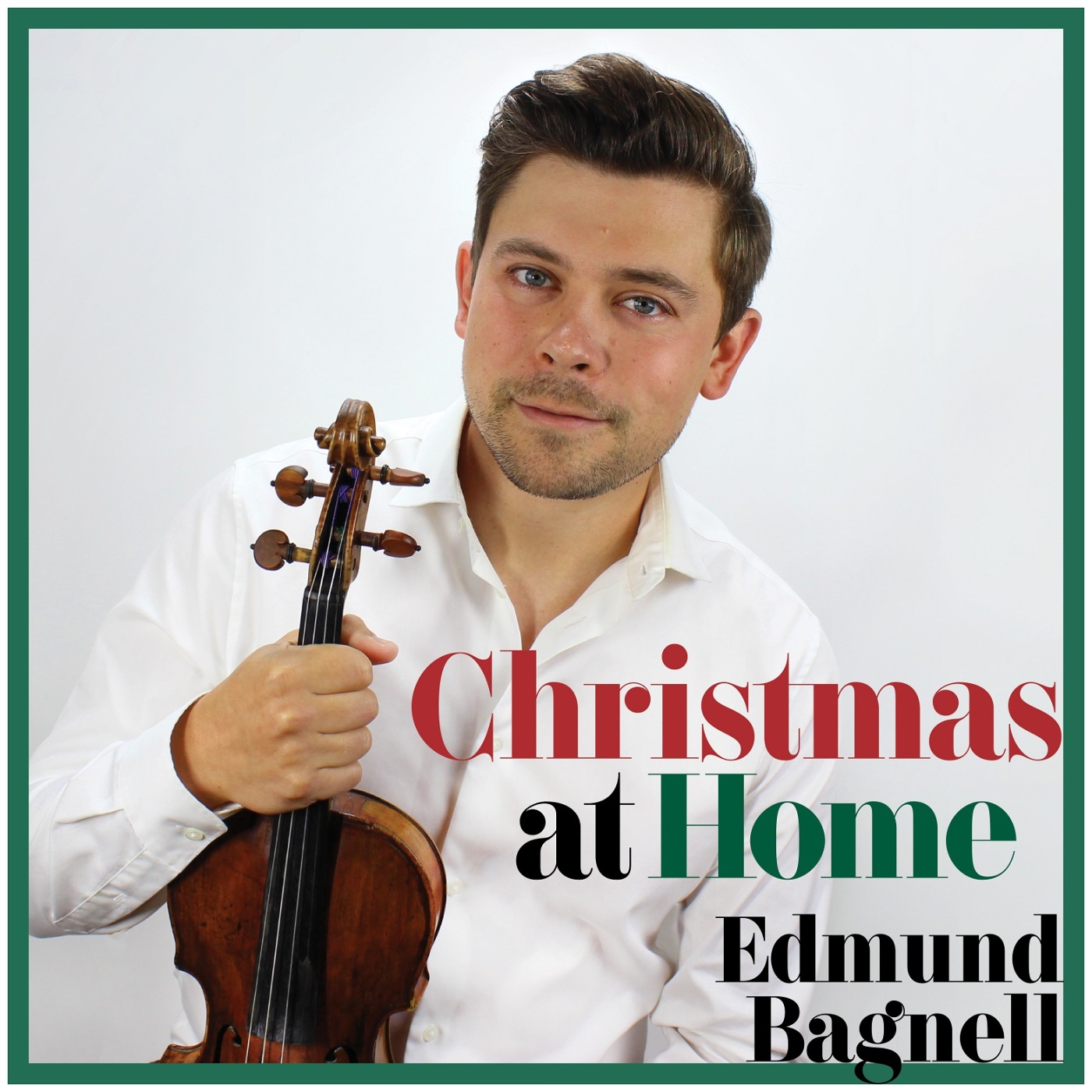 One of the great joys of writing “Un-Block The Music” is that I get to break a stereotype…so to speak. While a journalist’s “stereotype” is different than an actor’s, or musician’s we are pushed in to covering only one part of the industry.  And, while Social Media and the Internet have wreaked havoc on the political climate, they have done some extraordinary things for entertainment. Edmund Bagnell, who has a new Christmas album out, called “Christmas At Home” pretty much has been ahead of his time, pushing those boundaries and we can experience his art despite quarantine! How many violinists do you know that also sing and act? And, do it all well?

Edmund doesn’t remember a time when he didn’t play violin. He started at about 7 years old. That is enough on the plate for most children (and for parents reminding them to practice!) But, Edmund’s creativity runs deep. When it was time for him to pick a college, he chose NYU for both violin and theater. While violin ultimately became his major, Edmund continued to audition for theater. He would check on Backstage.com (an industry publication that lists jobs.) periodically. “When I was a senior in college, I saw that they were casting Sweeney Todd, specifically for the role of Toby.” (FYI, Toby plays the violin and sings and is the character who sings the beautiful, but creepy song, “Not While I’m Around”).  Anyway, after several callbacks, he got the part and was part of  the First National Tour of John Doyle’s Tony-winning revival.

“Toby” has not been Edmund’s only brush with theater. He has toured the country with some of Broadway’s heavy hitters like Patti LuPone, Kristin
Chenoweth and Audra McDonald. Of course, it’s the musical crossover that fascinates “Un-Block The Music”.  In 2012, Edmund became the 1st violinist of the string quartet Well-Strung which fuses classical music with modern pop music. They released three chart topping albums in the
classical crossover genre (http://well-strung.com). Last year, Edmund also
premiered and toured internationally with his solo one man show, “He Plays the Violin”.

“Christmas At Home” is Edmund’s first solo album. “I was always planning to release an album before the end of the year. I was recording all summer, then thought that album may be better to release in Spring 2021. So, in September, I decided to make a holiday recording; something to play during this time when people are home!,” he said.

While the idea of recording by yourself in upstate New York during a pandemic sounds a bit solitary, on the contrary! “Being in a studio together is off the table right now, but I reached out to musician friends in Israel, Canada, London, Ecuador and San Francisco. I like the classic sound and like to layer up the strings to make them sound like a section. It was an interesting challenge to make it sound like we were in one recording session.” But, he did it!!!

When theater makes its much-anticipated comeback, I asked Edmund if he would consider acting again. He would! He loves theater, but doesn’t love auditioning he said. What has led him further into his violin career has been the love of creating “my own content and being in charge of my career.” His love of all-around entertaining is certainly witnessed in the two videos he has shot for “Christmas At Home.” Here is the first: “Have Yourself A Merry Little Christmas”. https://www.youtube.com/watch?v=G58ykYTwh7U&feature=youtu.be&ab_channel=EdmundBagnell

Next up will be “The Man With The Bag,” Edmund said. “It’s upbeat and fun.” No actual date on the release was offered other than to say early December. Can’t wait!!!You can follow Edmund on Instagram  @ edmund_bagnell

And…..if you haven’t done it already…follow “Un-Block The Music” (by scrolling down and hitting “follow” on the bottom right and on Instagram @unblockthemusic.