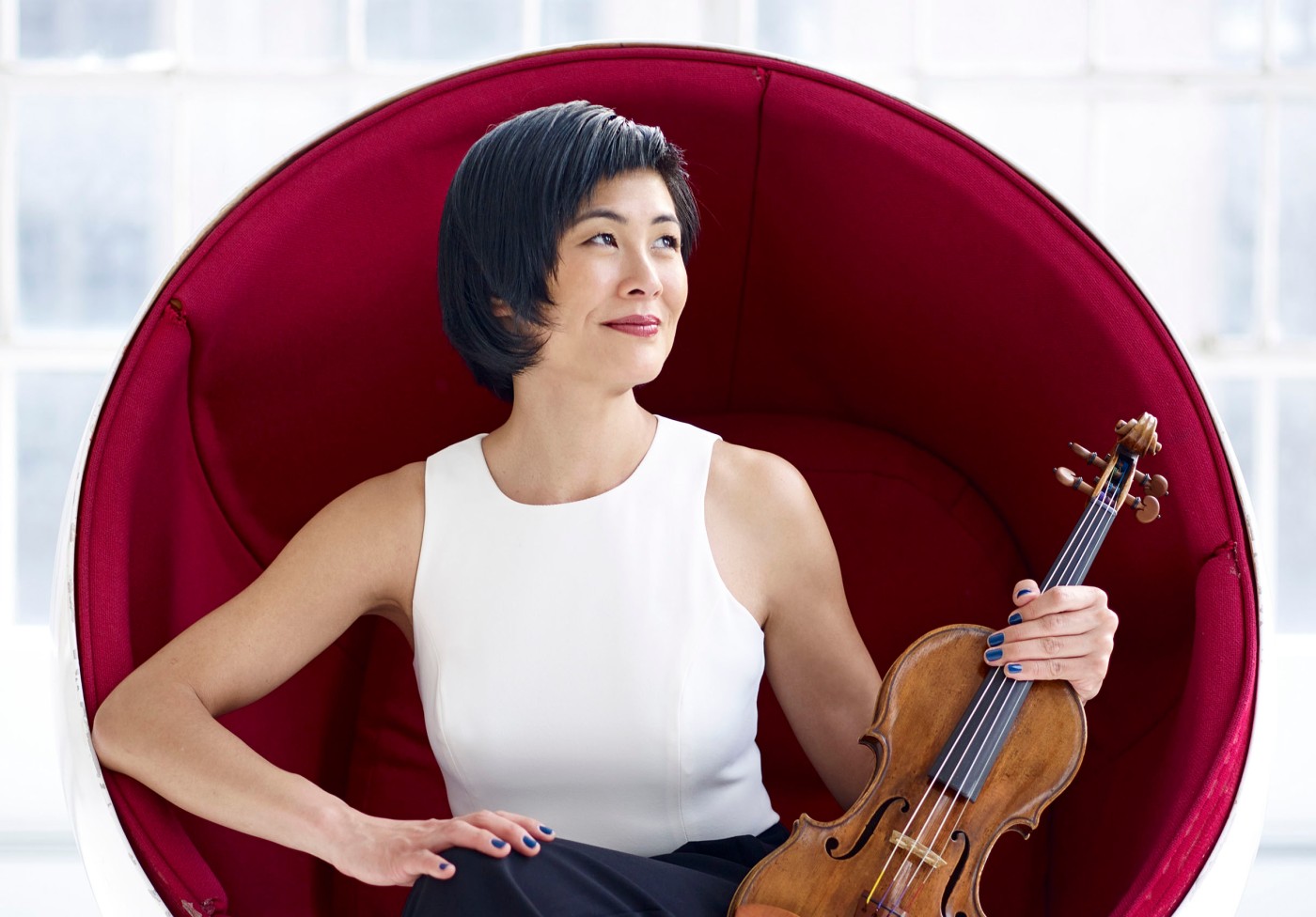 “Just being a complex Korean-American woman is an act of rebellion in itself,” says violinist Jennifer Koh. In a chat with “Un-Block The Music,” about what it means to defy the odds and succeed in this industry, she adds, “As a woman, you have to be stubborn and keep doing what it is that you believe in.” While Jennifer is a violinist she is by no means “typical.” As a musician that can play a mean concerto, she also advocates for inclusivity in classical music as the Founder and Artistic Director of arco collaborative nonprofit. (https://arcocollaborative.org/)

Let’s first talk about Jennifer’s musicianship. If you think that classical music is “not your thing,” her body of work with Director Bob Wilson and Choreographer Lucinda Childs may challenge that conviction. Bach 6 Solo premiered in Paris this past September. It was co-created by Jennifer, Bob and Lucinda. Jennifer performed all 6 of Bach’s solo violin works: the sonatas and partitas. While I am by no means an expert, as I understand it, this is a feat for a violinist to play all 6 in one concert where she is playing by herself for two hours! In addition to her magnificent playing, it was a pleasure to behold Lucinda’s choreography put together for four dancers.

Jennifer explains that the creative process for Bach Solo 6 started 10 years ago when she portrayed Albert Einstein in New York City Opera’s production of Phillip Glass, Bob Wilson, Lucinda Childs’ Einstein on the Beach. That, too, was an unconventional piece leaving some room for interpretation about Einstein himself. Jennifer laughs. Only under Bob’s direction could she portray an old Jewish man under two pounds of makeup! And, “Lucinda’s choreography and presence……it is like liquid sculpture.”

That connection on an artistic level comes from “mutual respect and admiration for each other. It just makes the working process so easy. You don’t have to talk. Everyone is just present and brings everything they are into the project,” Jennifer says. It is the definition of “theatrical” in the eyes of “Un-Block the Music”.

It’s unfortunate that CO-VID shutdowns delayed her latest project, Everything Rises, co-created with opera singer Davóne Tines. Everything Rises is now slated for a performances April 12 at University of California, Santa Barbara and April 14, 2022 at UCLA’s Royce Hall.

When Jennifer and bass-baritone Davóne Tines met, they immediately saw in each other an ally struggling with the same issue: being an artist of color in a culture dominated by whiteness. Everything Rises was created by an all BIPOC team that includes Composer Ken Ueno, Director Alexander Gedeon and Narrative Structure and Dramaturgy created by Kee-Yoon Nahm. It is Jennifer and Davóne’s narrative about their roots and how those roots led them to where they are now. Jennifer told “Un-Block The Music” about her mom’s journey to the U.S. after the Korean War.

Jennifer’s mom, Gertrude Soonja Lee, was a North Korean refugee forced to flee her country. “It is remarkable to me that in 1965 she came to the U.S. with $50 in her pocket, not only survived but prospered,” Jennifer proclaims. “There is a saying that it takes three generations to create an artist. The first generation has to pull themselves out of poverty. The second generation educates and the third generation creates an artist. My mom managed to skip two steps.”

For Davóne, he recounts his grandmother Alma Lee Gibbs’ experiences of anti-Black discrimination and violence in Virginia. While the memories are full of grief and frustration, they are also full of wisdom, hope and love. Those roots have obviously influenced Jennifer and Davóne’s artistry and development as classical musicians and also created a bond between them. “Un-Block The Music” has always been of the mind-set that things happen for a reason. Since the pandemic, awareness of racial discrimination (and female discrimination) has been heightened at last making this piece, if possible, even more relevant than it had been when they started its creation. It will be wonderful to finally experience this performance come Spring. Ticket links are at the end of this story.

Jennifer has so many projects underway in addition to Everything Rises, and “Un-Block The Music” will delve further into her life and works in my upcoming book. So, stay tuned for that! However, I do have to at least talk a bit about arco collaborative. Jennifer founded this collaborative in 2014 to develop, and produce new musical works that highlight artists of color and women composers who can tell stories previously unheard of in art. She is one of (if not the only) Asian woman to found a classical art musical organization. “It took a lot of work but I don’t take no for an answer,” she says.

On a commission from arco, Jennifer created the Alone Together album to help artists during the pandemic. The album includes a collection of 40 works — 20 composers, most of whom have salaried positions agreed to donate a new, 30-second micro-work for solo violin, while also each recommending a fellow freelance composer to write their own 30-second solo violin work on paid commission. This pandemic has been hard for everyone, “but harder for the younger generation. We will lose a generation of artists unless we do everything in our power to help them,” she tells “Un-Block The Music”.

It’s wonderful to know that Jennifer’s kind of empathy still exists. Of course it does….that is what artists are about! So…we hope her empathy and her talent will be rewarded on GRAMMY night. She has been nominated in the “Best Classical Instrumental Solo” category along with Gil Shaham, Augustin Hadelich and Curtis Stewart. The Award ceremony will take place April 3, 2022. Let’s cheer her on!!!

Tickets for Everything Rises are available at: