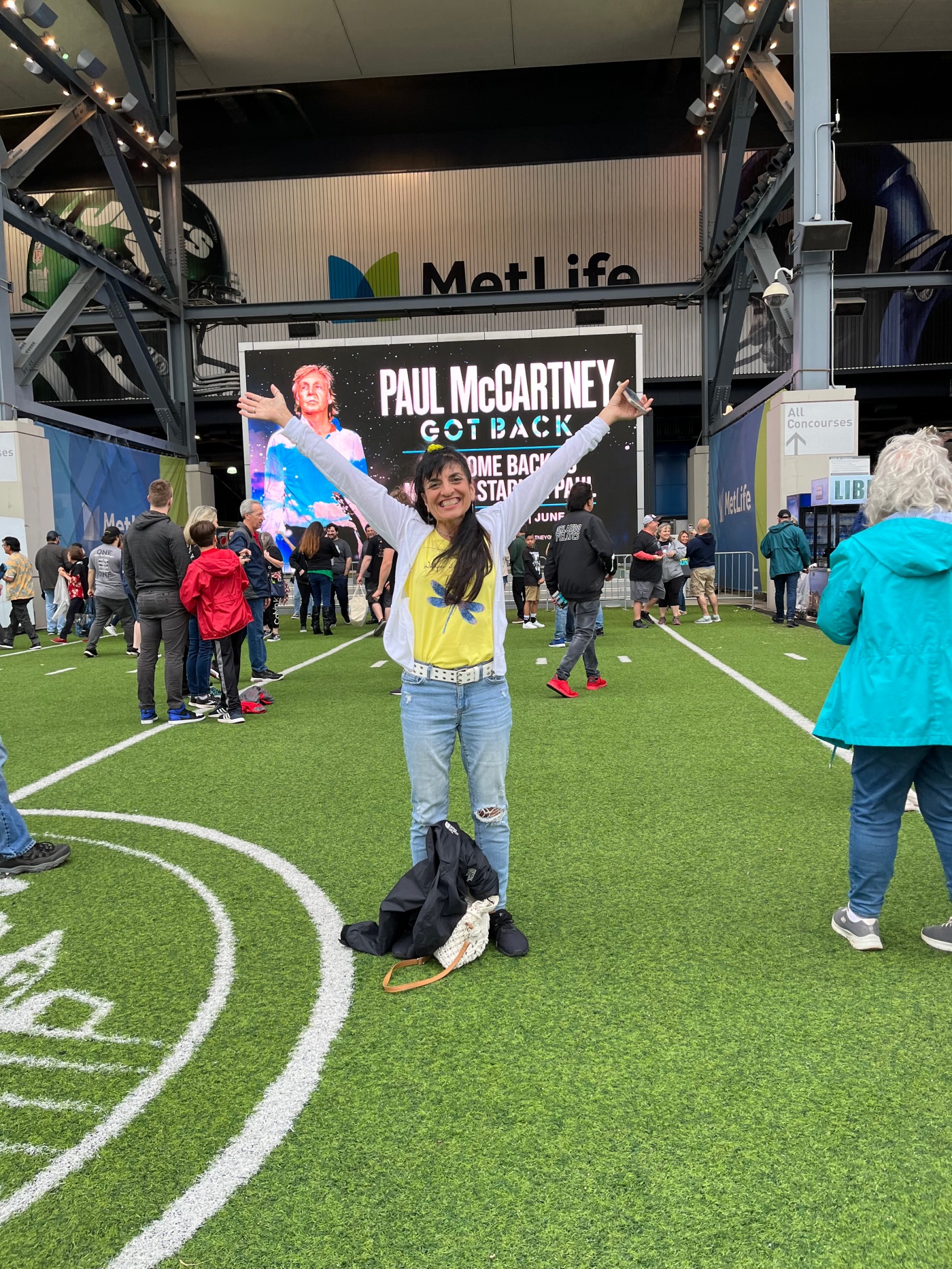 It has been almost a week since I saw Sir Paul McCartney’s “Got Back” concert at Metlife Stadium in New Jersey! It has taken “Un-Block the Music” that long to come off the cloud! Oh, how I love Sir Paul! While most of my attention these days has been focused on Women In Musical Theatre for an upcoming book, my musical roots are solidly in pop and rock music. And, Sir Paul has been the soundtrack of my life. (Listen to all of his work from The Beatles through today.. https://www.paulmccartney.com/discography/albums/all)

While I have seen the former Beatle and Wings front man several times before (I even met him once as a kid), this concert was my favorite. I worked on his special tribute section for “Billboard” several years ago. I didn’t meet him then, only his friends, but as I listened to stories and anecdotes from the people who know him best, I grew even fonder of him if that was even possible. Listening to Paul’s music past and present the other night made me realize my newer connection to theater. Abbey Road is most certainly my favorite Beatles album. It tells a story from the picture on the album cover (all of those “Paul is dead” rumors), to “Golden Slumbers/ Carry That Weight/ The End”…it reminds us the beauty of LPs and a lot of what is lost in pop music today. (Glad to say some artists, Taylor Swift and Justin Bieber for example, most certainly keep that tradition going today).

It’s wonderful to experience live music in all its glory, with actual instruments being played. Paul’s band is beyond phenomenal… guitarist Rusty Anderson, guitarist-bassist Brian Ray, keyboard player Paul “Wix” Wickens and drummer Abe Laboriel Jr. And, as if those weren’t enough amazing musicians, Bruce Springsteen made a surprise appearance as did Jon Bon Jovi who carried balloons and lead the crowd in a New Jersey rendition of “Happy Birthday”! Did I mention, Paul turned 80 years old last weekend? Admittedly, I teared up towards the end of the show fearing this could be the last time I see him live. Please let Paul continue to play live shows! He really doesn’t resemble any typical 80-year-olds I know! Must be his vegetarian lifestyle!

“Un-Block the Music” must admit, I feel so very much at home when I am with musicians, both pop and theater. In a world that is so very much in turmoil and  living in a country that is showing very little unity these days, Paul flew the American flag, The British Flag and The Ukrainian Flag. Like his former bandmate, John Lennon, he is trying to “Give Peace A Chance.”

I could go on and on about this show and what it meant to me, but I will just leave you with some words of love that only Paul can sing…..politians…take note!