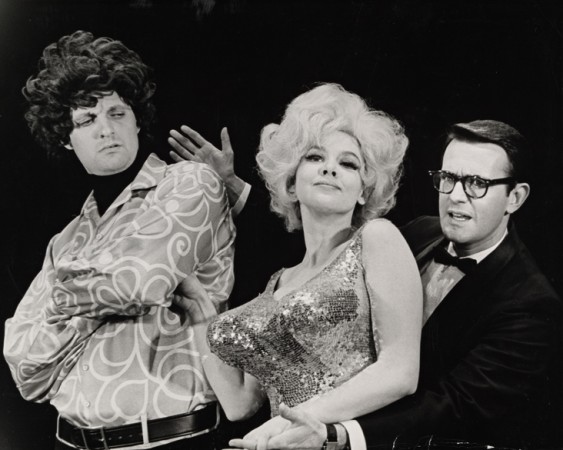 I was just reading Playbill.com, and saw an obituary for Barbara Harris who died of lung cancer at 83 years old. How sad it made me.

If you don’t know Barbara, she was a Broadway and film actress who starred in the original Broadway production of “The Apple Tree.” While she also starred in many other shows, this particular show holds a place in the heart of my whole family.

My oldest daughter Erica found her singing voice portraying the character of Ella in Claudia Grispin Performing Arts Center’s production when she was in high school. I had never heard of the show, but her friend, Eve Lindley (“All We Had”) encouraged Erica to audition. Not only did that change her high school path, it introduced my younger daughter, Holly Block, to theater. Holly, was in third grade and now she performs and studies musical theater at Circle In The Square Theater School in NYC.

As for Barbara Harris, she perfected her acting technique during her early years as a member of Compass Players, a pioneering acting company that was the first based on improvisational performance. The company gave birth to today’s Second City, of which Harris is listed as a co-founder, according to Playbill.com.

It was Second City that led Harris to make her Broadway debut in 1961 with the troupe’s musical revue “From Second City” for which she was nominated for a Tony Award. She was also nominated for “On A Clear Day You Can See Forever” and she finally won Best Actress in a Musical for “The Apple Tree.” Who could ever forget her rendition of the song “Gorgeous”?

In addition to her roles on Broadway, Barbara was well-known for her roles on screen, even getting an Oscar nomination for “Why Is He Saying Those Terrible Things About Me?”

Barbara was really low-key about her career. Playbill offered up one of her famous quotes from a 2002 interview. “There wasn’t a great deal of design to the path of my career. I was a small-town, middle-class girl who wore a cashmere sweater very nicely and ended up on Broadway because that’s the way the wind was blowing.”

Check out her famous scene from “The Apple Tree,” so talented, and so endearing. Thanks Barbara!

One thought on “Broadway’s “Gorgeous” Barbara Harris Passes At 83”