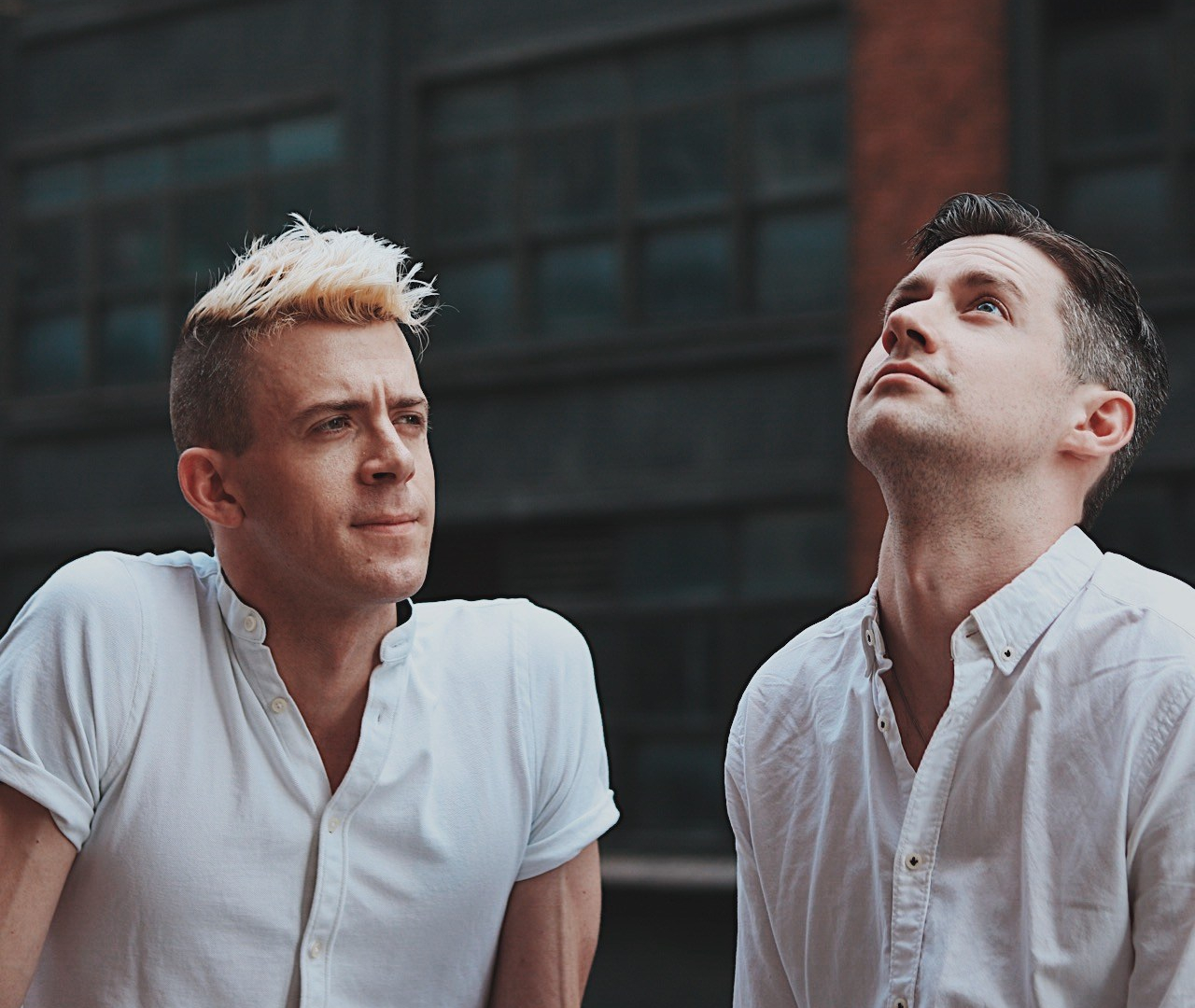 Perhaps what I love best about writing “Un-Block The Music,” is meeting people! Not just any people, but amazingly talented people. Musical Director/Orchestrator, Will Van Dyke (Pretty Woman, Kinky Boots) is one of those talented people, and what I love about actually speaking to people instead of emailing and texting them is…I find all of the common people connections. And, even more exciting, I watch someone’s career continue to grow. Will is young, talented and full of ideas.  In between launching his first single with the band, Stereo Dawn, he is in tech week for the Off-Broadway opening of the very much anticipated Little Shop of Horrors. However, he still made time to speak to me.

First off, check out Stereo Dawn’s single, “Another Trip” which was released Friday afternoon, http://itunes.apple.com/album/id/1478861226. If you recognize the other half of Stereo Dawn, it’s Chris Dwan. When I saw the reading of The Rivals and the production of Enter Laughing at the York Theatre last spring, I didn’t realize Chris Dwan, who stole both shows in my opinion, was Stereo Dawn’s other half.

Anyway, Will describes the band’s start up. “Chris and I know each other for a long time. We wrote a Christmas song years ago, and did a couple of cabarets.” After a show at New York’s 54 Below, Chris wanted to do another cabaret, but with more original music. “So we wrote a song, and more after that. Finally, I said…maybe we should start a band. We wrote a bunch of songs pretty quickly. That is the genesis of Stereo Dawn.”

The guys describe their music as inspired by singer-songwriters of the 90s, boy bands of the 2000s and contemporary music.  If “Another Trip,” makes it to your playlist as it has mine, you will be happy to know that another single will be released by the duo next Friday, September 20. The album will be released on October 6 with an album release party and performance at 54 Below. Here is the link for tickets.

Simultaneously, Will and Chris are rehearsing for Little Shop of Horrors which will have its first preview tomorrow, September 17 at the Westside Theatre (Upstairs) in New York. Chris is in the cast. Will is the musical director/orchestrator. If you are reading this story, I am going to guess you are interested in theater and know the legacy of Little Shop of Horrors, but just in case…. The musical premiered Off-Off Broadway in 1982 before moving to the Orpheum Theatre Off-Broadway where it had a five-year run. It later played all over the U.S., and abroad and also had a subsequent Broadway production. The show and subsequent 1986 film made a star of Ellen Green.

“Un-Block The Music” asked Will what is most challenging about making something old, new again? Will says, the whole process has been “super fun,” and Alan Menken (who wrote the music with lyricist and playwright Howard Ashman) has been amazingly supportive. “The musical is lean, tight and so well written Alan gave me free rein to reimagine the show a bit. Basically, I like vocals. I was able to infuse more of that. There’s a lot more singing going on! Every song is so good. Alan has been around, giving us notes, and is really excited about the production.” The music is the style of early 1960s rock and roll, doo wop and early Motown. It includes several well-known tunes, including the title song, “Skid Row (Downtown)”, “Somewhere That’s Green”, and “Suddenly, Seymour”.

Will says, while he is “looking at everything with a fresh eye, he is not going crazy with changes. The show works. Originally, there was something dingy and downtown about the show. When it moved to Broadway in the early 2000s it was really polished up to a Big Broadway thing. This version is grungier, and we wanted to make it feel like an off-Broadway musical because that’s what it is.”

For tickets, go to https://www.telecharge.com/Off-Broadway/Little-Shop-Of-Horrors/Overview

If these two projects are not enough to have on your plate, Will is supervising the international tours of Pretty Woman! To read more about Will and Chris, check out “Un-Block The Music’s previous stories: