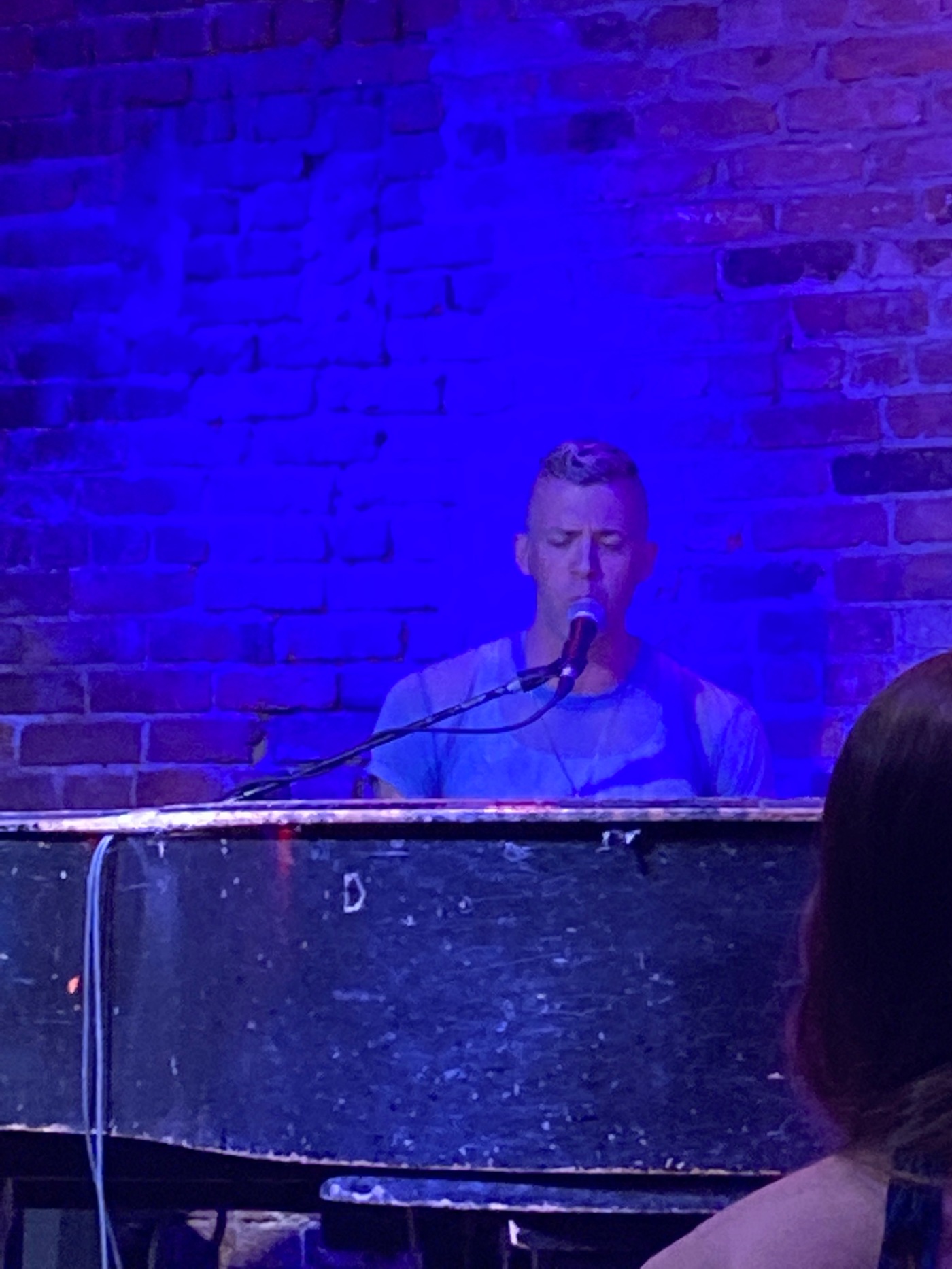 If you have doubts that theater people can command an audience outside of a Broadway stage, then you need to catch Will Van Dyke’s concert. For my first live music outing, “Un-Block The Music” went to New York City’s famed venue The Bitter End to watch and listen to Will and his band play mostly original songs including music from his debut EP “The Mayor”. He did not disappoint! As a writer, I ALWAYS look for artists that tell a story with their lyrics. If you like that as well…Will is your guy.

If you read “Un-Block The Music,” regularly you’ve read about Will! I discovered him when he was the musical director for one of my favorite shows, Pretty Woman (music and lyrics written by Bryan Adams and Jim Vallance.)https://unblockthemusic.blog/2019/04/03/pretty-woman-musical-director-will-van-dyke-talks-pop-music-on-broadway/

When CO-VID 19 shutdown our lives last year, Will was the orchestrator for Little Shop of Horrors off- Broadway (thankfully that show will be re-opening September 21). That doesn’t mean Will shutdown his creativity. He went into pop music mode and co-wrote songs with his long-time collaborator Jeff Talbott and he recorded “The Mayor”.  “Jeff and I take scenes and create songs through a pop lens,” he said.

Jeff and Will met about 7 or 8 years ago. “I had been writing musicals and was looking for someone new to collaborate with and to tell a story. I was half-heartedly meeting with people when I got an email from Jeff very randomly one day. He found my website. We met up that weekend and we hit it off and have been writing music together ever since. We are very close friends in addition to being collaborators,” Will told “Un-Block The Music”.

While the last year and a half, has been a strange time, artists are scrappy and found a way to think and work outside the box. Creating pop music was not foreign to Will. Being one half of the pop duo Stereo Dawn, this was not his first foray into non theater recording (The other half was Chris Dwan, a musical theater actor). While other artists have sung Will’s songs, it’s the first time he has ever sung his own music. Why now? “I built a lot of confidence performing with Stereo Dawn in terms of singing. It just felt like the right time,” he said.

One of the first songs Will and Jeff wrote was “Grab a Slice” which is still one of Will’s favorite songs. It came about as a result of a professional songwriting competition he did with Jeff Talbott about a year ago (you can google his performance in Times Square). Will was also part of another pop up performance earlier this year. Those random performances were designed to keep people excited about live entertainment in anticipation of its return this Fall!

Will’s band at The Bitter End included Alec Berlin on guitar (He actually played his own show after Will on the same night), Steve Gilewski on bass, Allison Seidner on cello and Angela Travino on vocals.

HOWEVER, the biggest and most welcome surprise for me was  Dena Tauriello on drums. Dena (of the famed group Antigone Rising) has been doing a lot of work on Broadway since 2018 when she made her theater debut in Head Over Heels. Dena was one of my first “Women Wonders” when I started the column early on in the pandemic. I would recognize that drumming anywhere, always spectacular! (The column was originally called “Women Wednesdays”. Check out her profile at https://unblockthemusic.blog/2020/07/08/women-wednesdays-from-antigone-rising-to-little-shop-of-horrors-dena-tauriello-drums-her-way-through-music-genres/

As for Will’s set list….here it is:

For more about Will, check out my other stories:

Can Gavin Creel & Aaron Tveit Top “Take Me Or Leave Me” When They Reunite at MCC’s Miscast21 This Sunday?