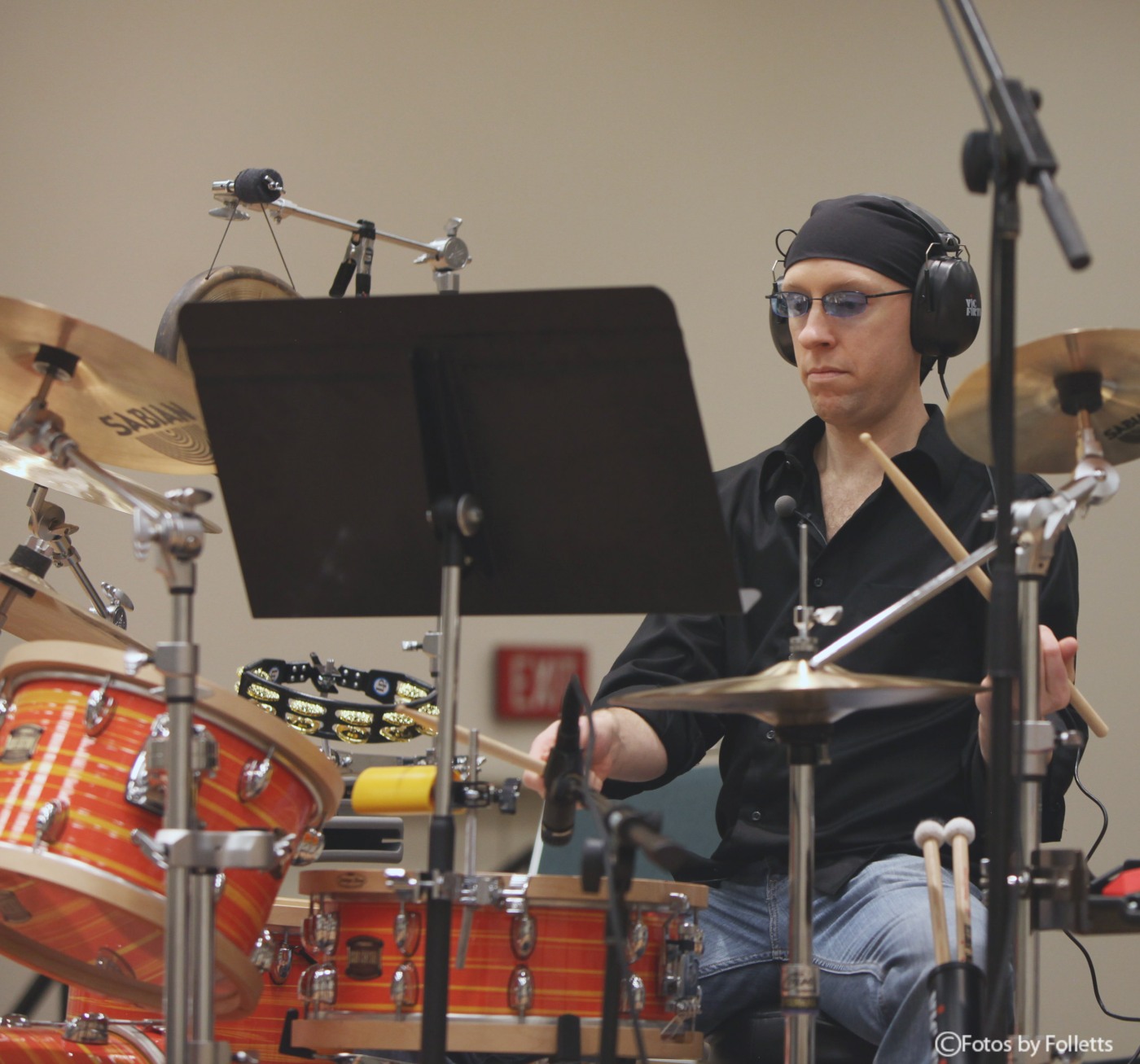 “Un-Block The Music” meant to run this story the week of September 11th, but unforeseen circumstances slowed down my writing. However, I had the great pleasure of seeing Come From Away on September 11th on Broadway. Eighteen years after this tragic day, emotions are still raw, but seeing this show was such a positive experience, and interviewing its drummer, Larry Lelli was yet another unequivocal joy.

Just in case, you don’t know what Come From Away is (or just in case you haven’t read my article on Daniel Rodriguez, https://unblockthemusic.blog/2019/09/11/18-years-after-the-terrorist-attacks-daniel-rodriguez-is-still-the-voice-that-heals-a-nation/), the show’s subject is Operation Yellow Ribbon which was put into place by Canada to divert civilian airline flights away from U.S. targets on the day of the terrorist attacks in New York. The aircrafts landed in Canadian provinces. The subject of the show is what happened in Gander, Newfoundland. Larry explained. “We are telling a show of humanity and how we should ‘be there’ for each other.” During the most horrible and tragic times in New York, 7000 Americans were stranded on jumbo jets that landed in Gander. The town’s population was doubled from these passengers, yet these good people took Americans into their arms and their homes for four days. Friendships were formed, one couple even fell in love and are still together today. “Un-Block The Music asks…why don’t we hear this on the news? Is it because bad news sells?”

Anyway, “every year on September 11th, all of the Come From Away companies around the world do a day of volunteer service (they change organization year to year). Also, our producers give us each 100 dollars to do random acts of kindness. We are all in charge of what we do. One year, for example, one of the co-producers and I went out and bought food for as many homeless people we could find in Times Square. And, we also went to the theater book store and waited at the cash register for a young student to come up with a bunch of theater books and we offered to pay for those books. The day is about doing something for somebody so they feel others are looking out for them,” Larry explained. The intention is for the recipients of the kindness to then pay it forward as well. It can be as simple as buying someone coffee.

“Our producers are involved with being generous and reminding us, we are all this planet together,” said Larry. The funny thing about this job is, that first, he turned it down. When Larry originally got the call from the show’s musical director he said, “you are doing a show about 9-11? What a terrible idea!” He was told, “you don’t understand…come see it!” I was convinced to fly out to Seattle where they were working on the show. I saw it, and said, ‘I am so sorry…please let me be in the show. It’s a beautiful story about a beautiful thing that happened.” Larry worked on the show for about five months at out of town try outs before it came to Broadway. No one was sure if New Yorkers would accept it, but they wholeheartedly embraced it! And, now the show is in its third year.

As you know, “Un-Block The Music,” does not review shows, but, in this case, I will say, go see this one. There was not a dry eye in the house, people were on their feet cheering, and I was one of them! https://comefromaway.com

In the meantime, “Un-Block The Music” was intrigued by Larry, and how a kid who went to school in Wisconsin got to be one of the most sought-after drummers on Broadway. Larry said, “I was born in Chicago, but spent most of my junior and high school years in Wisconsin, and then went to the University of Wisconsin-Eau Claire. This was before the Internet, so I was pretty much dependent on the library for my music, and a lot of what I listened to was Broadway musical albums.”  However, he had no aspirations for playing on Broadway back then.

In college, Larry pretty much saw his musical life through MTV and thought he would play in a rock and roll band until two great jazz professors changed his perspective. “They told me I had to learn how to read music and they gave me drum lessons and had me listen to big band music. So, then I thought, I am going to go to New York to play jazz in big bands. Little did I know, there wasn’t much of a jazz scene at that time. However, I immersed myself in jazz and learned the drum set and how to be a better well-rounded musician. They introduced me to all the different styles of music.”

As a result, Larry played gigs for anyone who would call him, from polka bands to symphony orchestras. He also lived in Nashville for a while, played with country artists and, believe it or not, a Latin trombonist. By the time he got to New York in 1996, Larry was a chameleon. Knowing all styles of music, “made me a valuable commodity. At the time, there was plenty of room for new players to come to town and start working right away. I was lucky to get into the scene when I did.”

The first Broadway show Larry performed in was Miss Saigon. “Luckily for me, I had no idea what I was getting into. I had no idea how difficult that percussion part was. Percussionists were being fired all of the time. However, I was brand new in town and was lucky to meet the percussionist playing the show who invited me to sit in the pit. I thought it was the coolest thing I had ever seen. There were probably 70 different instruments. He asked,’ do you think you play this show?’ I said, ‘yeah, but it might take me a while to learn it.’”

It’s not like Larry had to learn just one drum part, there were all kinds of percussion instruments, including four mallet marimbas, timpani and xylophones. So, Larry made a recording of the show and practiced eight hours a day for a month. “I knew this was my shot. You come in and you do great, or they give you a bus ticket home, and you never come back. It was very high pressure. I did a great job, and overnight my name spread around town. The lucky thing or me at the time was that I didn’t know Miss Saigon was the hardest book on Broadway. Within the next year and a half, I was subbing at nine different shows!”

The beauty of working on Broadway, is that you know your schedule and because every show has subs, you can take off time to play other gigs. If you check out Larry’s website (http://www.larrylelli.com/), the list of artists goes on and on. Not only does he work with classic rock stars like Melissa Etheridge, drumming is multi-generational, so he continues worked with hot new acts like Nick Jonas (who by the way has a couple of Broadway shows under his belt as well).

That’s not all, Larry is also an advocate for music in the schools, which is an area close to the heart of “Un-Block The Music.” Thus, while I am about to sign off on this article, rest assured, there is way more to come from Larry!

4 thoughts on “Come From Away’s Drummer, Larry Lelli, Offers A Glimpse Of His Career & What Makes This 9-11 Musical So Special”