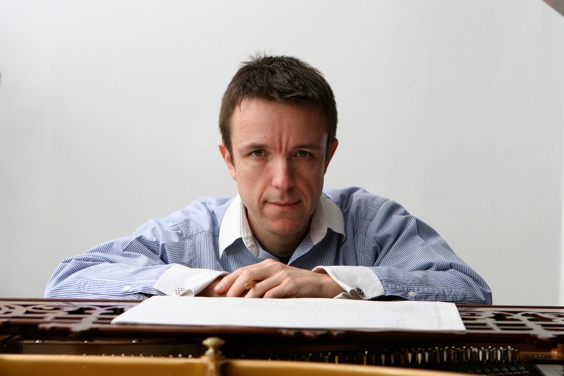 When watching a play like “Angels In America” (which received the most Tony nominations of any play in 2018), perhaps you are not really paying conscious attention to the score as you might to songs in a musical, but most certainly you are feeling that music. This particular score was nominated in a category usually reserved for musicals. Realizing that,  “Un-Block The Music” wanted to know how that was accomplished. Adrian Sutton is a master. Not only has he written this score, but the scores of “Coram Boy,” “War Horse” and “The Curious Incident of The Dog In The Nighttime”. While it seems like magic, Adrian took time to explain some of his very hard work to me.

Adrian said “it was lovely” being Tony-nominated in that category, and it was a surprise to him as well acknowledging the difference in mindset writing a score for a non-musical. One thing a composer can benefit from doing is study play writing, “That’s what you need to understand, not songwriting.” For any play, before you write a stitch of music, your job as a composer is to spend quite a lot of time absorbing the play itself, understanding what the issues are “and even more importantly, understanding the characters and what motivates the characters,” he said. 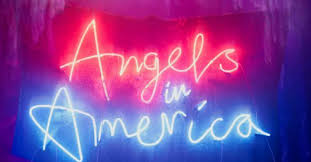 “The thing about music is that it is a very powerful stake. You have to wield it carefully. If you don’t, you may be tipping the balance, you can be telling the completely wrong story.” Even though there are no cameras on a stage, Adrian said he thinks in terms of camera angles.

A question he may ask himself is, “Do I write the music from the point of view of what we, the audience, sees and how we emotionally react?”  He offered an example. “You see someone standing on stage alone talking to another character; maybe they are describing a sad event. While it may seem obvious to create sad music to underly that, in fact, it might be that we need to be inside one of the character’s heads, and they might be thinking something completely different. That character might be elated about what just happened. You have to decide where you put the musical camera, what emotion you are highlighting.”

Reading that, you may be surprised by some of Adrian’s history. Of course, you won’t be surprised to learn he played violin from an early age and started writing music in his teen years. He has a music degree from Goldsmiths College in London. However, what might be surprising is that he spent a decade writing a ton of music for TV commercials. “What that did is give me a thorough grounding in writing quickly and also writing in a wide range of styles,” he said.

Adrian also had a love of music technology, and that ultimately helped him get his first theater composing gig. Adrian did some film work with Chris Morris, the brother of Tom Morris who was one of the two directors of “War Horse”.  Chris put him in touch with Tom who was running the Battersea Arts Center at the time. “When Tom moved to the National Theatre, he was looking at adaptation of Coram Boy (a novel) and asked me if I wanted pitch for it. That’s where my studio technology came in hand, and I was able to produce slick polished demo.  I brought studio technology to another world…Broadway.”

Working in theater was a whole new world for Adrian. “All of a sudden, everything I did was taken seriously and respected, which wasn’t true in the advertising world where you could put in your guts, and someone would say, ‘what’s that rubbish?,’”

Melly Still, the director of “Coram Boy” was not accustomed to Adrian’s quick turnaround time.  “She would come up to me in rehearsal room and say, ‘for the scene change, what do you think about doing such and such,’ and my response would be, ‘Absolutely! Absolutely! I’ll do it now!’  And, I would come back two hours later, and she would look at me like a frightened rabbit and say, ‘I meant next week!’” That ability turned out to be really useful with subsequent directors, especially Marianne Elliott, who directed “War Horse” and “Angels in America”. Adrian said. “She loved it.”

What Adrian likes about the theater, is something “Once On This Island’s” Ken Davenport, also told me. What makes “original” theater exciting is people sitting in a room giving and taking from each other. (https://unblockthemusic.blog/2018/06/27/tony-award-winning-producer-ken-davenport-talks-about-his-broadway-mission/)

“The last thing I would want to work on is something that is a template. I am seeking more flesh and blood; people sitting their playing the music.” Adrian recently signed with BMG Publishers because, he said, that will put him together with all sorts of writers to collaborate.

Adrian will be going back to The National Theatre in England for his next project at the end of the year. I can’t wait to hear what Adrian does next! And, maybe I will be lucky enough to get another interview!

One thought on ““Angels In America” Composer, Adrian Sutton, Talks About His Tony-Nomination For A Play Score, In A Musical Category”