March 20, 2020 is “Un-Block The Music’s” second anniversary! I am having the time of my life finally getting to write about ALL music.  The featured image above was taken at the press evening for Rocktopia on Broadway in March 2018. It was the first event I attended for my new blog! At the time, I was hopeful that I would do well, but my expectations have been overwhelmingly exceeded.

When I was a little girl, I used to send music newsletters I created to my best friend Liliane.  While  “Un-Block The Music” was undoubtedly meant to be, I have spent the last two years finding the blog’s true voice, and I believe it now has its character. Those behind-the-scenes creators that bring an album or a show to life, have a home with me! That includes composers, musical directors, arrangers, producers and musicians that might not get recognition in the traditional press.

Recently, I also spoke to June Rachelson-Ospa, copywriter, playwright, lyricist, bookwriter and producer. She is involved in so much; I have to digest it all; more than one story here. She is, however, the lyricist for The Confessions of Davy Crockett.

And…in between interviews, I am finishing up a story about Lisa Chamblee, co-founder and COO of Reftone Speakers and former engineer at Paisley Park (yes…Prince’s Paisley Park).

Can anyone say Female Empowerment?

Admittedly, I have struggled with getting the word about “Un-Block The Music” out there. I am by no means a social media expert (and I kinda hate marketing. I am a reporter/writer who most definitely works from the other side of the brain.) However, I have found a few people who can help me. So, in the midst of interviews and writing, I 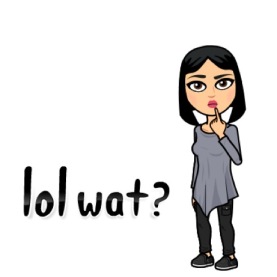 am going to bring in someone who can help me hashtag and “like” and gain more readers. As a someone who enjoys this blog, if you have suggestions, let me know!!!! And, share…engage!!! “Un-Block The Music” is also on Facebook, Instagram, Twitter and LinkedIn.

In the meantime, please be patient with me if I am a little slower with posting than I should be as I take the time to become a businesswoman!!! In the long run, that will lead to even better stories. Word of honor!

Here’s some of what you have to look forward to….if you don’t recognize the names….google!!!

These are intended dates for posting, but they are subject to change:

March 10, Ian Eisendrath,  Come From Away, Diana The Musical

Whew…I am very happy as to the way this blog is turning out. So, Happy Second Anniversary to “Un-Block The Music”! Thank you to those who have been supporting me…readers, publicists, artists…and my family (who hear me curse social media and yell at the computer daily).

Looking forward to the next year!