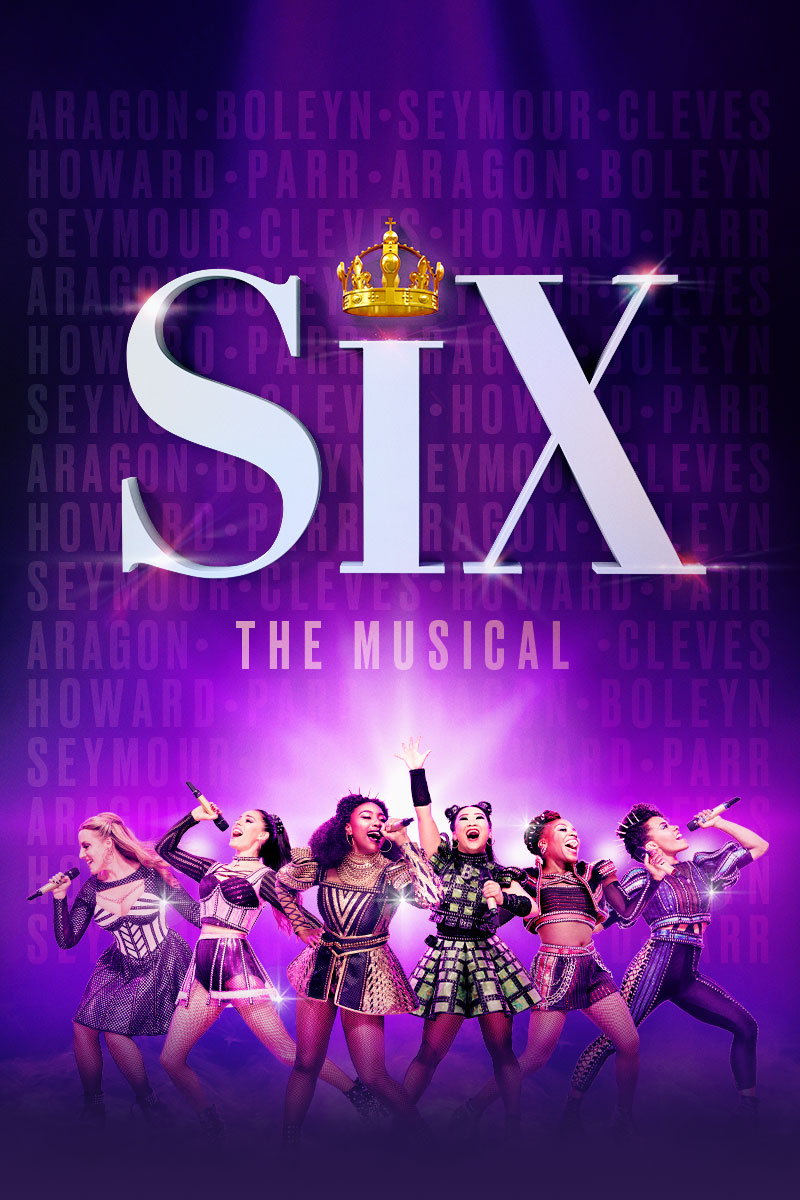 Once upon a time, I had tickets for the opening night of Six on Broadway! The day before shutdown, “Un-Block The Music” spoke with the sound designer, Paul Gatehouse. He told me all about the work he was doing on several productions of the show and how excited he was to finally see the show opening on Broadway. And, then the world as we know it blew up, and Broadway’s lights have been out since March 12, 2020. I kept holding the story so I could run it when the show finally opened. Like everyone else, I never expected the date to be so far in the future. And…I am sorry I waited to post the story. It got away from me. BUT….THE GOOD NEWS IS…Six’s previews begin September 17 and opening night is October 3, 2021!

Lucy Moss is the co-creator of Six which imagines all of Henry VIII’s wives as a pop singing group! They finally get to tell “their side” of the story! What came to mind when becoming acquainted with Lucy’s story was, that I hadn’t seen a women empowered musical like this since Chicago!

Anyway, Six could not have come to fruition without the sound design work of Paul Gatehouse. “I was presented with the task of making this high energy pop show work in a musical theater setting!” he said.  All of the vocals in the show are handheld which is very different than most shows, and there are even stadium concert elements as well.

Paul’s background has been mixed. While he has been in musical theater since his secondary school days, much of his sound design was more traditional. If you want to call Les Misérables traditional. A lot of Paul’s early work resulted in his professional relationship with producer Sir Cameron Mackintosh (Les Mis and Phantom of The Opera ). What do Les Mis and Six have in common? Not a heck of a lot in content. After all Les Mis is orchestral. However, Paul said while the approach may be different, the principals of sound design do not change.

In any case, before “Un-Block The Music,” I worked at several publications covering the news of artists and equipment in recording studios. I saw a lot of that “hands on” “thinking on your feet” kind of creativity.  At the last Audio Engineering Show that I attended “in person” I hear a lot of younger learners complain that there is just not the opportunity to be mentored in a studio.Paul said, much of his invaluable “education” was just that. “I naturally evolved. I was always interested in music, and I became part of the furniture at the theaters,” he laughed. “Much better formal education programs exist today compared to when I started.” He talked about England’s Guild Hall School of Music for example.

As it went, when Paul was in his 20s, he “got hired on the West End as a sound operator. From there I went into programming and assisting designers. I did a lot of traveling around the world with Les Mis and Phantom.” He was the Associate Sound Designer and mixed the 25th Anniversary Concert of Les Miserables at the O2Arena and the 25th Anniversary Production of Phantom of The Opera at The Royal Albert Hall.

Paul considers his work as sound designer on the Mary Poppins revival as a big breakthrough for his career and now with Six, his career it has really taken off. There are many global productions of the show that he has been involved in. At shutdown, there were already productions of Six in Australia and on Norwegian Cruise lines for example. Paul was getting ready to get the Chicago production up and running when we spoke. “While all of the shows are replicas of each other, there is still a lot to keep up on with sound design,” he said. And, think about that. There are variables every single night. Rebalance is all done in real time!

Another interesting facet of Six offers insight to a trend that “Un-Block The Music” has been talking about a lot. That is how the “pit band” has often become part of the show, witness other shows like Girl From North Country (https://unblockthemusic.blog/2020/11/11/women-wonders-luba-mason-shares-her-road-to-broadway-a-new-livestream/).  In Six, four of the female musicians are on stage all of the time. Also, the musical director, Julia Schade “plays keyboard and runs playback…and pretty much the back bone of the show,” Paul said. And, guess what??? Julia has agreed to a profile for “Women Wonders” for “Un-Block The Music!”

If you know anything about my “Women Wonders” column, you know that I got the idea for the column as I sat in the audience at Disney’s Women’s Day On Broadway March 10, 2021 (Seriously???). With any luck I will get to see the show soon, update my interview with Paul, and meet Julia. In the meantime, you can get a little taste of the show by checking out the trailer: https://www.youtube.com/watch?v=4HHjsuyXDHQ&ab_channel=WhatsOnStage